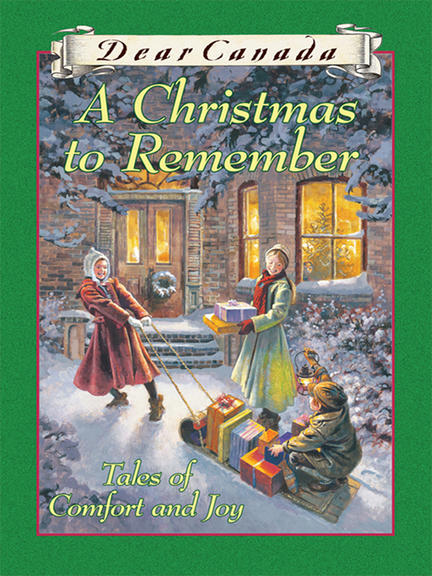 A wonderful seasonal anthology for Dear Canada readers, both old and new!

A real treat for fans of this series, and all lovers of historical fiction! Eleven stories that each revisit a favourite character from books in the Dear Canada series are included in this special collection. These are completely original tales that stand alone as heartwarming Christmas stories, but also serve as a lovely "next chapter" to their original books.

Each story is written by one of Canada's top award-winning writers for children, including Jean Little, Sarah Ellis, Maxine Trottier, Carol Matas and more. This collection is a lovely companion to A Season of Miracles, and will be treasured year after year at holiday time!

PERRY NODELMAN's young adult fiction includes Dear Canada: Not a Nickel to Spare, The Same Place But Different, A Completely Different Place, and Behaving Bradley. he has also collaborated with Carol Matas on the Minds series of fantasies. He lives in Winnipeg.

MARSHA FORCHUK SKRYPUCH is the author of more than a dozen books, including Dear Canada: Prisoners in the Promised Land, Stolen Child, Making Bombs for Hitler, Underground Soldier and Don’t Tell the Enemy. She has won many awards for her work and is one of Canada’s most respected authors of historical fiction for young people. Much of Marsha’s writing focuses on stories from her Ukrainian heritage, and she has been presented with the Order of Princess Olha by the President of Ukraine and named a Canadian Ukrainian Woman of Distinction. Marsha lives in Brantford, Ontario. Visit her online at www.calla.com.

Other titles by Perry Nodelman

Dear Canada: Not a Nickel to Spare

The Hunt for the Haunted Elephant

The Curse of the Evening Eye

The Proof that Ghosts Exist

Other titles by Marsha Forchuk Skrypuch

Sky of Bombs, Sky of Stars

Too Young to Escape

A Vietnamese Girl Waits to be Reunited with Her Family