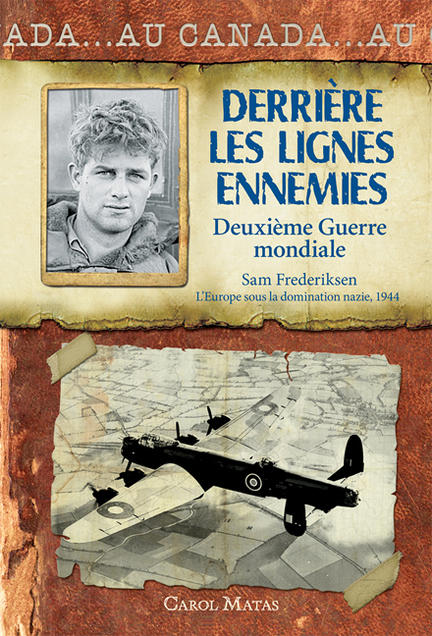 See below for English description.

Eighteen-year-old Sam Frederiksen has come a long way from the Prairies. Trained to be a gunner in a Lancaster bomber during WWII, he is shot down over France. Battered and bruised, he does survive, and joins forces with the French Resistance only to be betrayed by one of its members. He and other flyers from various Allied countries are rounded up by the Gestapo and held in Fresnes prison just outside of Paris.

Treated as spies, rather than POWs, these men are beaten, some tortured and then sent to Buchenwald Concentration Camp in eastern Germany. It is here, in these wretched conditions, that Sam witnesses the darkest side of humanity - gas chambers, torture and starvation. Yet it is also here that he comes to understand the true resilience and unfathomable courage of the victims.

Original Title: I Am Canada: Behind Enemy Lines