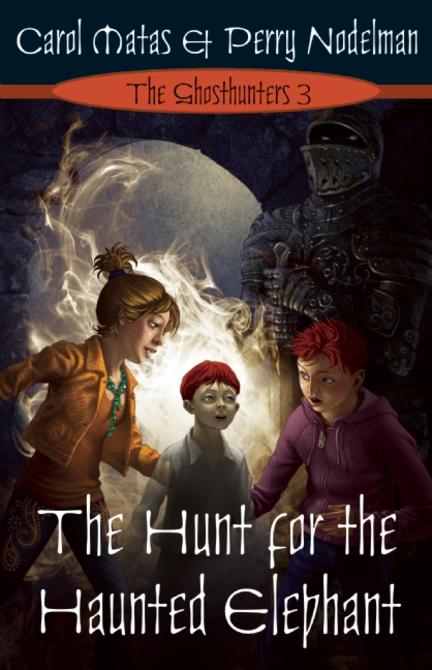 Molly and Adam Barnett have had more than enough trouble lately. First, they discovered that their dearly departed grandfather wasn&rsquo;t quite as &ldquo;departed&rdquo; as a dead guy should be. Then, they had to save their dad from a dreaded family curse. And now, just when they&rsquo;ve gotten used to friendly ghosts and not-so-friendly ghosts and curses that just won&rsquo;t die, things have taken a definite turn for the worse. As The Curse of the Evening Eye (Book II) ended, Molly and Adam made a frightening discovery: The emerald in Reggie&rsquo;s ring isn&rsquo;t just a valuable jewel. It was once an eye on an ancient, Indian elephant carving. The other eye?a sapphire?is nowhere to be found, which is really too bad, since the separation of the two jewels is what led to the family curse in the first place. Even worse? If the eyes aren't soon returned to the elephant, ghosts everywhere will repossess their former bodies, and the world will be doomed. The Barnett family takes matters into its own hands, heading off to the old family home outside of Oxford, England, in search of the elephant. Will Molly and Adam?and some new ghostly friends?be able to find the elephant, and the missing eye, in time? In The Hunt for the Haunted Elephant, Carol Matas and Perry Nodelman offer a satisfying conclusion to a trilogy filled with thrills, chills, and more than a few laughs.

Perry Nodelman is professor emeritus of English at the University of Winnipeg and author of The Pleasure of Children’s Literature and Words About Pictures: The Narrative Art of Children’s Picture Books. Professor Nodelman is also an accomplished author of children’s books such as Behaving Bradley.

Other titles by Perry Nodelman

Dear Canada: Not a Nickel to Spare

The Curse of the Evening Eye

The Proof that Ghosts Exist