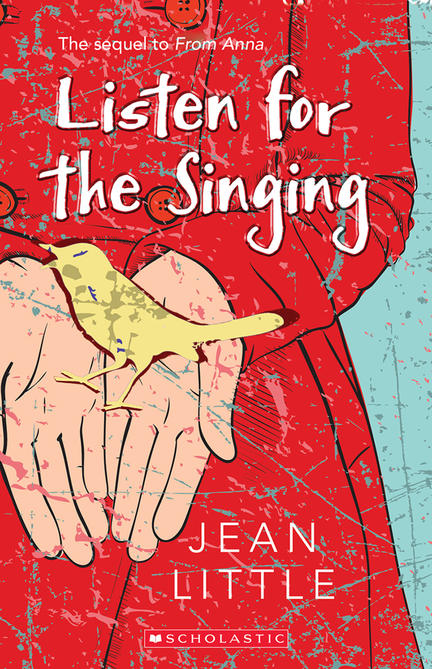 A companion to the beloved classic From Anna!

Just as Anna is about to enter a new school, she hears news on Papa's radio - Canada is at war with Germany. What will that mean for the Soldens, who immigrated from Germany just a few years ago?

She soon finds out. Customers stop shopping at Papa's store, a teacher in her school bullies any students with German surnames, and Rudi is threatening to enlist, even though he is torn about fighting against the people of his homeland. He too hates Hitler, but wants to find a way to fight that would not pit him against boys he grew up with.

Being partially blind is hard enough for Anna, but starting a new school, and fearing for Rudi's safety, challenge her. There has never been a more frightening time for her family, especially when they learn that Anna's beloved Aunt Tania has been arrested by the Nazis, and when Rudi comes home from the Navy blinded. Nobody can seem to pull him out of his sadness . . . until Anna herself finds a way to reach through to him.

First published in 1977, Listen for the Singing won the Canada Council Award for Children's Literature (the forerunner of the Governor General's Award).

Remembering the Work of Jean Little