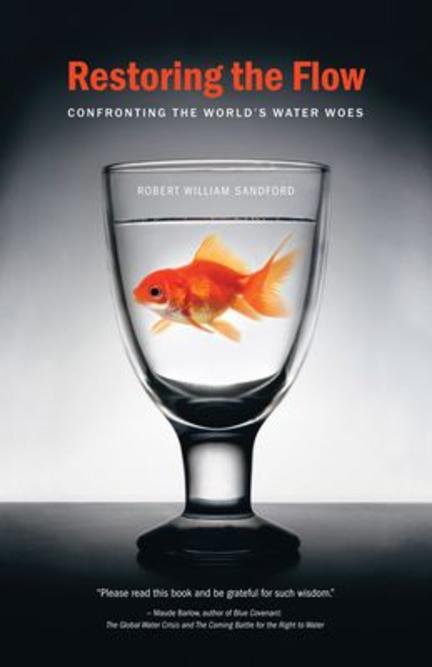 I believe that it is up to people like us to find the language, create the images and imagine the solutions that will allow us to break out of the vicious circle that threatens public health by threatening our landscapes and water sources . . . Together we can work toward this end. And, we can do it with humour. We can do it with style. And we can do it with grace.

Try as we might, parts of North America may not escape the impacts of the global water crisis. The same kinds of water supply and quality issues that have appeared around our crowded planet are already beginning to present themselves here. Unfortunately, this is occurring at a time when, as a direct result of declining global food production, the world is beginning to rely more heavily than ever on agricultural communities in North America to help meet increasingly unattainable food-production goals.

Instead of waiting for a water crisis of our own, North Americans may well wish to put the lessons learned elsewhere in the world into active practice. By using the example of others to put our own water-management house in order, North America can possibly avoid the same kinds of problems other countries are facing with respect to the protection of water resources. At the same time, we can employ enlightened attitudes toward the management of water resources to advance many of our own ecological and economic sustainability goals.

Passionately conceived, clearly written and citing concrete examples from all over the world, Restoring the Flow is an approachable yet authoritative source, one of the many implements concerned citizens, government officials, businesspeople and policymakers can use and reuse in understanding and addressing this ever-growing global crisis.

Employing detailed case studies from countries such as Australia and Spain, he examines how poor water management and increasing human demand could cause similar droughts on Canada’s prairies.—Canadian Geographic