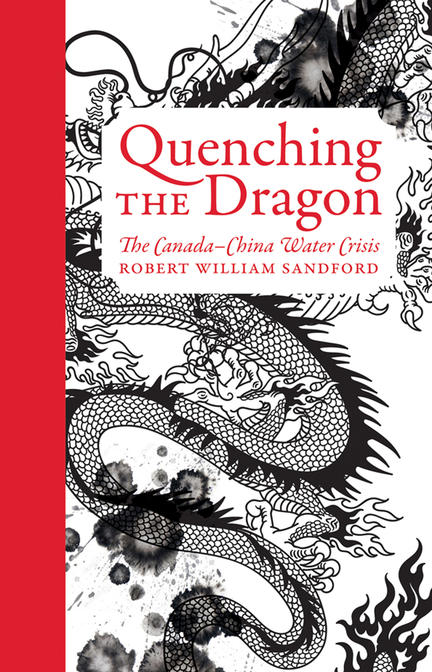 In this latest RMB Manifesto, Canadian freshwater expert Robert Sandford takes readers to China and shares what it is like to deal with some of the most intractable freshwater problems in the world.

It all started out innocently enough: an airliner over the Pacific and a flight attendant passing out bottles of water. What those bottles represented, however, was the depth of China’s notorious bottled-water trade and the short-sightedness of the Government of Canada in declaring Canadian water an agricultural product that can be exported in billions of plastic bottles to China.

Part environmental manifesto, part travelogue and part diplomatic odyssey, Quenching the Dragon arms readers with vital new perspectives on global hydrology and sustainability in the context of how former and current world leaders frame the most pressing environmental issues of our time. Most tellingly this book points out the remarkable similarities between China and Canada with respect to human rights as they relate to the protection and management of our ever more precious water resources.

In spite of the dark undertones, this is also a work infused with hope, offering specific remedies that, if applied, will ensure that Canada doesn’t arrive at the water crisis that China and many other places in the world now face.

"Quenching the Dragon showcases Sandford’s ability to synthesize complex topics and compel others to action. This book is a welcome addition to the dialogue on global water sustainability and Canada’s role in a changing water world."

Quenching the Dragon showcases Sandford’s ability to synthesize complex topics and compel others to action. This book is a welcome addition to the dialogue on global water sustainability and Canada’s role in a changing water world.