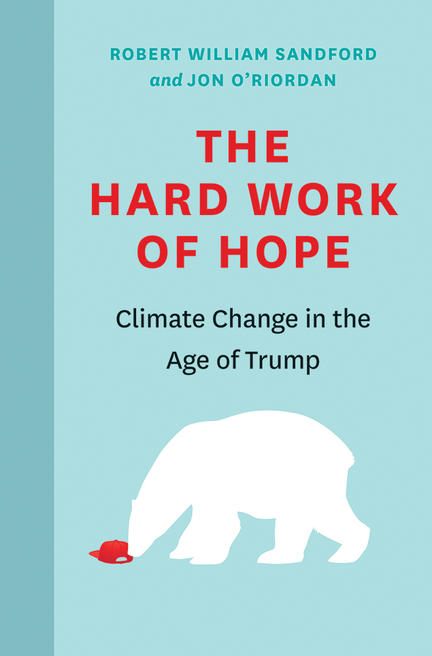 The Climate Nexus (RMB, 2015) analyzed and explored the economic and social realities facing water, food, energy and biodiversity. The Hard Work of Hope continues this narrative and seeks to develop effective solutions to the growing urgency for global action on climate change.

The Hard Work of Hope builds on events that have transpired since December 2015, including initial implementation of the UN’s 2030 Transforming our World global sustainable development agenda; the Paris Agreement on Climate Change; the commitment of the Canadian federal government to establish a climate action plan; and the UN Climate Summit in Marrakesh, Morocco, which aimed to advance the goals of the Paris Agreement.

This latest RMB Manifesto emphasizes three themes: the growing urgency for global action regarding climate change; the fact that future development must not just avoid causing damage but strive to be ecologically and socially restorative; and the reality that effective solutions require changes to technology, restoration of biodiversity and increased public awareness.

Though contemporary politics and the state of the environment seem grim in this "post-truth world," there will always be hope. But that hope will require hard work by everyone if our planet is to remain a desirable place to live in a warming world.

Dr. Jon O’Riordan is a senior policy and research adviser to ACT (the Adaptation to Climate Change Team) at Simon Fraser University in Vancouver, Canada. He has formerly served as deputy minister of sustainable resource management and as assistant deputy minister of environment in the British Columbia government.