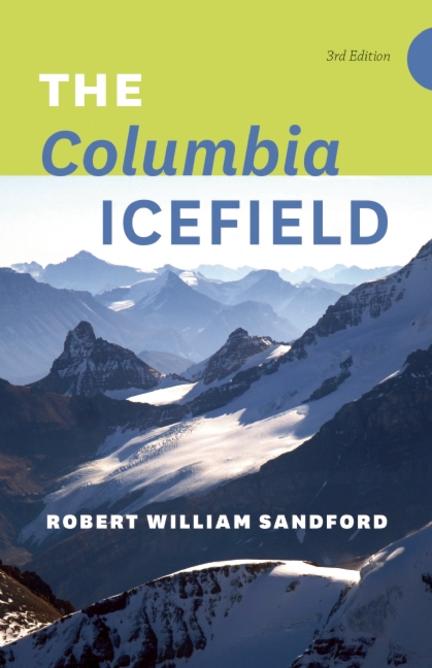 With close to 20,000 copies previous editions sold, Robert William Sandford’s full-colour photographic guide to the Athabasca Glacier and the Columbia Icefield introduces local readers and international tourists to one of the world’s most incredible — and threatened — mountain environments.

The Columbia Icefield is the largest sub-polar accumulation of glacial ice in North America. Because it is possible to drive to the second largest glacier flowing out of the Columbia Icefield, it is the best-known ice age feature in Canada and a remarkably popular tourist destination. From this amazing and accessible ice mass we can learn a great deal about how water shaped our landscape in the past and how it will shape our civilization in the future.

Despite a century of accelerating recession, the Columbia Icefield is still an incredible geographical feature. It is a high basin of accumulated snow and ice that presently straddles 223 square kilometres, some 86 square miles, of the Great Divide, the stupendous mountain wall that marks the boundary between the provinces of British Columbia and Alberta. It also straddles Banff and Jasper National Parks, contributing significantly to their designations as United Nations World Heritage Sites.

Written by one of Canada’s most respected experts on water and water-related climate processes, this remarkable book offers a clear and concise visual overview of the geological history and features of the Columbia Icefield; an outline of human presence in the glaciated landscapes of the mountain West; and a breathtaking photographic tour of one of the world’s most amazing landscapes.