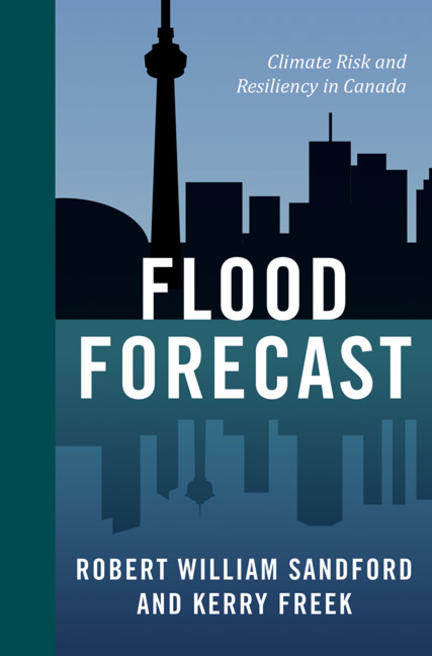 Hydro-climatic change is no longer an abstract or theoretical concept if you have been directly affected by the increase in the duration and intensity of extreme weather. In this new RMB manifesto, two of Canada's most respected water experts explain what is happening to the hydrological cycle by way of the very personal impacts that disastrous flooding had on them, their colleagues, neighbours, friends and family. Detailing events as the rain started to fall and the water began to rise, Kerry Freek provides an extraordinary narrative of the flooding that took place in downtown Toronto in July of 2013, while Robert Sandford provides a minute by minute account of what happened in June of 2013 throughout southern Alberta.

The exceptional flooding detailed in this startling new book is nothing compared to what the atmosphere is capable of delivering in the future. Extreme weather events are making it clear that it's time to take climate change even more seriously than previously thought and that citizens, corporations and governments around the world must prepare for what many observers are now calling "the new normal" when it comes to major meteorological events.

Kerry Freek is editor-at-large of Water Canada – The Complete Water Magazine. She has written on water issues in the context of environmental and human health, urban infrastructure, science and technology, law, policy and governance, and the national economy. She remains an active industry commentator, presenter and moderator, and has travelled extensively to learn about water management in countries such as Israel, Denmark, Sweden, the Netherlands and the Philippines. Her independent writing has been published in fine Canadian magazines such as Corporate Knights, Alberta Venture and Alberta Views. She lives in Toronto, Ontario.

This little book should be required reading for 21st century municipal, provincial and federal politicians. Many of the most important decisions in the coming decades are more complex and important than simply accumulating pecuniary benefits.—David Schindler, Alberta Views