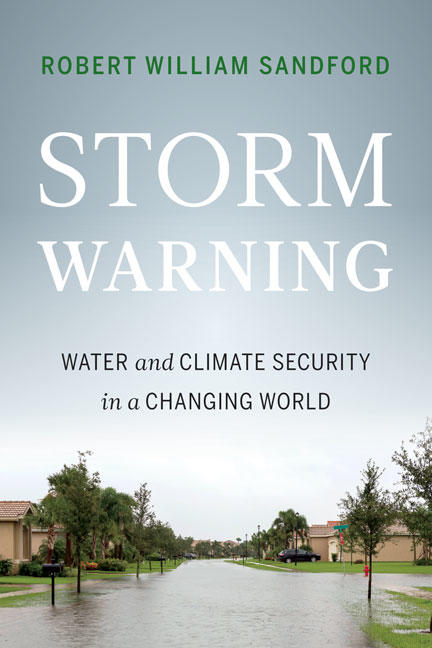 Human beings and industrial-based society are changing the composition of our planet’s atmosphere and causing it to warm at an unnatural and oftentimes astonishingly rapid rate. Much of that warmth is being absorbed by water, which as a result is moving through the global hydrological cycle faster and in unprecedented ways. A warmer atmosphere carries more water vapour, which means that as temperatures continue to rise, storms will become more intense, last longer and cause more damage to our towns, cities and vital infrastructure.

On the other side of the hydro-climate coin, we can also expect deeper and more persistent droughts throughout the world, resulting in dramatic crop losses, difficult economic outcomes and fundamental alterations to landscape.

This highly considered, accessible and readable book explains how changes in the water cycle have already begun to affect how we think about and value water security and climate stability and what we can do to ensure a sustainable future for our children and grandchildren.

The book is technical, yet readable. It’s suitable for anyone who is interested in better understanding the recent extreme weather events that have been felt across canada, why these events happened, and what they mean. For seasoned scientists, the book serves as a one-stop shop for understanding the state of the knowledge on this topic in canada, where gaps exist, and where trends are emerging.—Shannon Carto, Water Canada