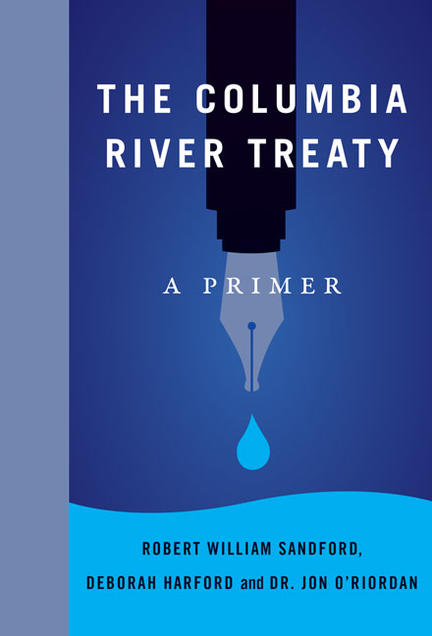 The Columbia River Treaty: A Primer is a vital work that clearly explains the nature of this complex water agreement between Canada and the United States and how its impending update will impact communities, landscapes, industry and water supplies between the two countries for many years to come.

The Columbia River Treaty ratification in 1964 created the largest hydropower project in North America, with additional emphasis on flood protection for the USA. As the Treaty approaches its 60th anniversary, and the first opportunity for modification, its signatories are preparing proposals for new ways forward, and stakeholders on both sides of the border are speaking up.

This primer explores the initial intent of the Treaty and its success to date, its costs to Columbia Basin residents and ecosystems, and new influences the signatories must now consider. Shifts in social norms related to the environment, equity and social justice, new views on the relevance of Indigenous traditional and local knowledge, and the economic and physical effects of a changing climate—are all considered as factors in future Treaty governance. The primer concludes with a summary of the perspectives that currently exist between and within each country with respect to Treaty benefits and outlines the next steps that will take place in the negotiation process. The authors conclude with a call to action, in the hope that a renewed Columbia River Treaty might prove a model for outstanding transboundary water agreements around the world as they strive to meet not only the challenges of the present day but also the needs of future generations.

Deborah Harford is the executive director of ACT (the Adaptation to Climate Change Team) at Simon Fraser University. She is responsible for development of the initiative’s pioneering vision and its unique partnerships with the public and private sectors, as well as overall coordination and management of the program. Deborah also directs and produces ACT’s policy recommendations for effective adaptation strategies at all levels of government, as well as communication and promotion of the program’s outcomes. Through her efforts, ACT has created networks between local, national and international climate change research practitioners, NGOs, industry representatives, all levels of government, First Nations groups and local communities. Deborah’s work with ACT has gained her national recognition as a resource for those seeking information on climate change adaptation and practical coping strategies. She lives in Vancouver, British Columbia.

This concise but thorough book informs the reader of the terms of the Columbia River Treaty between Canada and the US. Originally ratified in 1964, when economic growth was the main concern, the Columbia waterway brought prosperity to the regions within its vicinity. However, in the ensuing 50 years much has been learned and values have changed. Chapter 2 highlights the destruction by the dams to plants, animals, First Nations cultures, and farmland. Controlled flooding in BC destroyed homes and lands in order to ensure more favourable conditions in the US. For renegotiation of the treaty in 2024, social environmental and indigenous issues will be fairly represented. Also specific changes are identified in order to cope with the catastrophic effects of climate change.—BC Books for BC Schools

Other titles by Jon O'Riordan