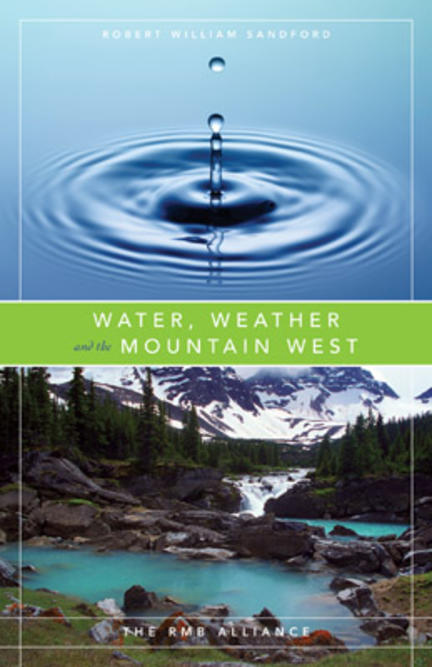 Growing populations, increasing industrial use and heavy agricultural demand are beginning to tax water supplies in many regions of Canada.

Since many rivers are already fully allocated to numerous uses, future economic and social development will depend upon how much we know about our surface and ground water resources and how effectively we manage them—especially in the face of climate change.

The message to take home from this eloquent book is that it is time to dispel the myth of limitless abundance of water in Canada and throughout North America. We all need to be mindful that though our technologically sophisticated society is largely fuelled and lubricated by refined petroleum, it ultimately runs on plain water.

In his conclusion to this authoritative book, Robert Sandford, chair of Canada’s United Nations Water for Life Decade, offers a realistic picture of the various issues and threats related to the future availability and quality of fresh water in Canada.

Water, Weather and the Mountain West

This book examines the water crisis facing Alberta and Saskatchewan residents, warning about the impact of global climate change. Canadians need to stop questioning the inevitability of climate change and consider how to manage its effects. The author appraises the auto industry’s self-interest, the petty mentality of governments and the abrogation of responsibility by people. Are there governmental plans to deal with water shortfalls due to changing weather circumstances? What will we do when more people want to come to water-plentiful nations? Although some solutions are offered, the significance of this work is in posing the questions that Canadians should be asking.

Sandford is the author or editor of twenty books on the history and heritage of the Canadian west.