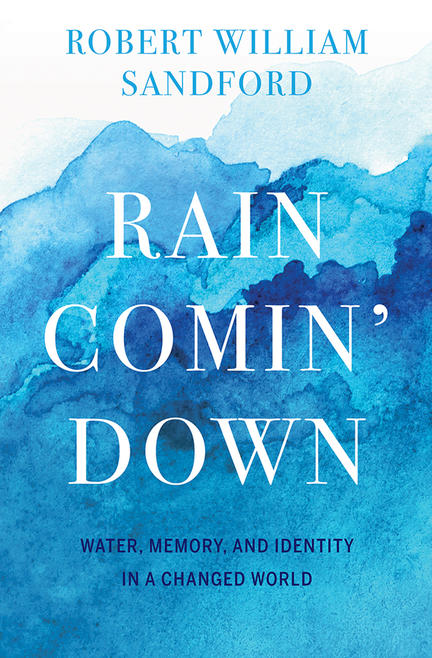 From one of the world's foremost authorities on the connections between water, landscape, and our changing climate comes an intimate look at what drives one man's obsession with the world's most precious resource.

Robert Sandford has spent a lot time watching and thinking about water. This was not because he was predisposed to do so, but because the importance of water gradually caught up with who he was and what he was doing with his life.

As this self-reflective book demonstrates, when one takes up the serious study of water, one cannot but be surprised at how far that interest can take you: from the very origins of the cosmos right down to the unique structure and remarkable qualities of water as a molecule. It takes you to the depths of the oceans, to the upper reaches of the Earth’s atmosphere, and into the centres of storms. You fall to Earth with raindrops, travel tiny streams and great rivers, go round and round in lakes and ponds. Your study takes you down to the very roots of trees, into the soil, along the dark, dank banks of underground rivers. It takes you from one person’s thirst to the thirst of nations; from the demographics of the past to how those may drastically change in the absence of water in decades to come.

Following water takes one back and forth in time, linking us to what the Earth was like in the past; what it is now; and how water will shape what it will be in the future.

"In Rain Comin’ Down: Water, Memory, and Identity in a Changed World, Sandford shares a series of meditations on water through lyrical, sometimes humorous, and thought-provoking essays in which topics of literature, religion, mythology, cultural history and science merge like meltwater creeks flowing to form a pulsating river."

"Alternating between beauty and destruction, Rain Comin' Down is an inspired book." - Alberta Views