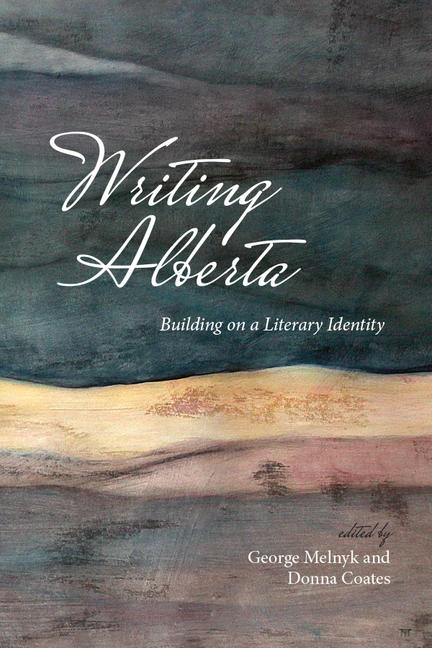 Alberta writing has a long tradition. Beginning with the pictographs of Writing-on-Stone, followed by Euro-Canadian exploration texts, the post-treaty writing of the agrarian colonization period, and into the present era, Alberta writing has come to be seen as a distinct literature. In this volume Melnyk and Coates continue the project of scholarly analysis of Alberta literature that they began with Wild Words: Essays on Alberta Literature (2009). They argue that the essays in their new book confirm that Alberta's literary identity is historically contingent with a diverse, changing content, that makes its definition a work-in-progress. The essays in this volume provide contemporary perspectives on major figures in poetry and fiction, such as Robert Kroetsch, Sheila Watson, Alice Major, and Fred Stenson. Other essays bring to light relatively unknown figures such as the Serbian Canadian writer David Albahari and the pioneer clergyman Nestor Dmytrow. Writing Alberta: Building on a Literary Identity offers a detailed discussion of contemporary Indigenous writers, an overview of Alberta historiography of the past century, and the fascinating autobiographical reflections of the novelist Katherine Govier on her literary career and its Alberta influences. This Collection demonstrates that Alberta writers, especially in the contemporary period, are not afraid to uncover, re-think, and re-imagine parts of Alberta history, thereby exposing what had been lain to rest as an unfinished business needing serious re-consideration.

Donna Coates teaches in the English Department at the University of Calgary. She has published dozens of articles and book chapters on Australian, Canadian, New Zealand, and American women's responses to the First and Second World Wars, the Vietnam War, and contemporary warfare in fiction and drama. With Sherrill Grace, she has selected and edited Canada and the Theatre of War, Volume One (2008) and Volume Two (2010). With George Melnyk, she edited Wild Words: Essays on Alberta Writing (2007). She has edited Sharon Pollock: First Woman of Canadian Theatre, published in 2015 with the University of Calgary Press. She is currently completing a book on Australian women's war fictions and editing an eight-volume collection on women and war for the History of Feminism series published by Routledge.

Geo Takach is a prolific and consummate writer, instructor, speaker, and filmmaker based in Wild Rose Country. His passion for, and his unbridled fascination and frustration with, Alberta has driven his work to define the soul of a province grandly mythologized and misunderstood. He has suffered for his art, and now he would like it to be your turn.

Neil Querengesser is professor of English at Concordia University College of Alberta.

Joseph Pivato has been a Professor of English and Humanities at Athabasca for many years, and has also been Visiting Professor at other universities. In 1984-85 he was Research Fellow in the Ethnic and Immigration Studies Program at the University of Toronto. In 1987-88 he was the M.A. Elia Chair in Italian-Canadian Studies at York University and taught the first course on Italian-Canadian writing offered anywhere. In 1991 he was The Canadian Visiting Fellow at Macquarie University, Sydney, Australia. On these occasions he was able to do original research in Ethnic Minority Writing and the History of Italian-Canadian writing. His books include: Contrasts: Comparative Essays on Italian-Canadian Writing (Guernica, 1985), Echo: Essays on Other Literatures (1994) and The Anthology Of Italian-canadian Writing (Guernica, 1998). He was one of the writers included in Pier Giorgio Di Cicco'sRoman Candles (1978).

Moira Day is an active researcher and writer in the area of Canadian theatre with a particular focus on women in prairie theatre prior to 1960. She served as English-language book editor until recently, and now as co-editor for Theatre Research in Canada/Recherches ThÃ©Ã¢trales au Canada. She has spoken at conferences both within Canada and internationally in Ireland and China.

She is currently working on a book on Elizabeth Sterling Haynes, another important pioneer in the area. She teaches Canadian drama, play analysis, dramatic literature, and theatre history aesthetics and criticism at the University of Saskatchewan.

R. Douglas Francis is a professor of history at the University of Calgary. He has published extensively in the areas of Canadian and western Canadian intellectual and cultural history.

Imagine, if you will, that you are standing beside me in a bookstore. Then imagine me telling you that I am reading a collection of academic essays about Alberta writers. Is that you I see streaking away to the farthest bookshelf” Is that me you see streaking away beside you” Well, no, not this time.

According to poet John Ciardi, the best that any literary analysis can do is to prepare the reader to enter a work more perceptively. It's a subtle gift, and the best of the 13 essays in Writing Alberta do just that.. As a whole, Writing Alberta will deepen understanding of Alberta literature… Early writers could be as full of hiss and vinegar as writers today - and as determined to find effective ways to write about this place we call Alberta.