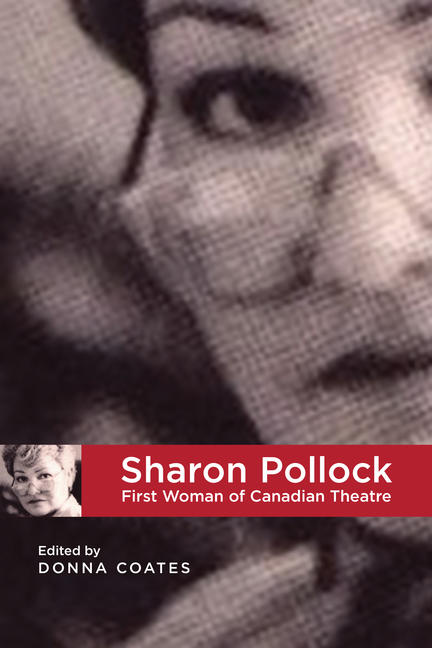 As playwright, actor, director, teacher, mentor, theatre administrator, and critic, Sharon Pollock has played an integral role in the shaping of Canada's national theatre tradition, and she continues to produce new works and to contribute to Canadian theatre as passionately as she has done over the past fifty years. Pollock is nationally and internationally respected for her work and support of the theatre community. She has also played a major role in informing Canadians about the "dark side" of their history and current events. This collection, comprised entirely of new and original assessments of her work and contribution to theatre, is both timely and long overdue.

Donna Coates teaches in the English Department at the University of Calgary. She has published dozens of articles and book chapters on Australian, Canadian, New Zealand, and American women's responses to the First and Second World Wars, the Vietnam War, and contemporary warfare in fiction and drama. With Sherrill Grace, she has selected and edited Canada and the Theatre of War, Volume One (2008) and Volume Two (2010). With George Melnyk, she edited Wild Words: Essays on Alberta Writing (2007). She has edited Sharon Pollock: First Woman of Canadian Theatre, published in 2015 with the University of Calgary Press. She is currently completing a book on Australian women's war fictions and editing an eight-volume collection on women and war for the History of Feminism series published by Routledge.

Winner of the Nathan Cohen Award for excellence in theatre criticism in 1995, Martin Morrow is a Calgary-based freelance writer and arts journalist who has followed the careers of the Rabbits since their early days. Wild Theatre is Morrow’s first book.

Other titles by Donna Coates

Canada and the Theatre of War: Volume One

A Life of Sharon Pollock

Other titles by Martin Morrow

The History of One Yellow Rabbit