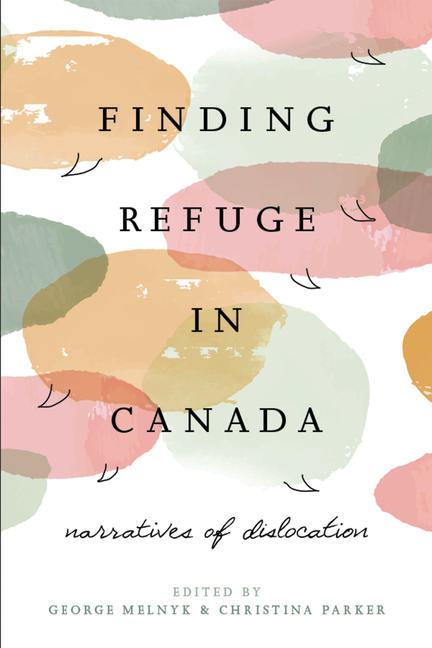 Millions of people are displaced each year by war, persecution, and famine and the global refugee population continues to grow. Canada has often been regarded as a benevolent country, welcoming refugees from around the globe. However, refugees have encountered varying kinds of reception in Canada. Finding Refuge in Canada: Narratives of Dislocation is a collection of personal narratives about the refugee experience in Canada. It includes critical perspectives from authors from diverse backgrounds, including refugees, advocates, front-line workers, private sponsors, and civil servants.

The narratives collected here confront dominant public discourse about refugee identities and histories and provide deep insight into the social, political, and cultural challenges and opportunities that refugees experience in Canada. Contributors consider Canada’s response to various groups of refugees and how Canadian perspectives on war, conflict, and peace are constructed through the refugee support experience. These individual stories humanize the global refugee crisis and challenge readers to reflect on the transformative potential of more equitable policies and processes.

Christina Parker is an assistant professor in Social Development Studies at Renison University College at the University of Waterloo. She specializes in critical ethnographic and mixed methods research in diverse schools and communities and is the author of Peacebuilding, Citizenship, and Identity: Empowering Conflict and Dialogue in Multicultural Classrooms (Sense|Brill, 2016).

Other titles by George Melnyk

Poems from the Pandemic

Film and the City

The Urban Imaginary in Canadian Cinema

The Young, the Restless, and the Dead