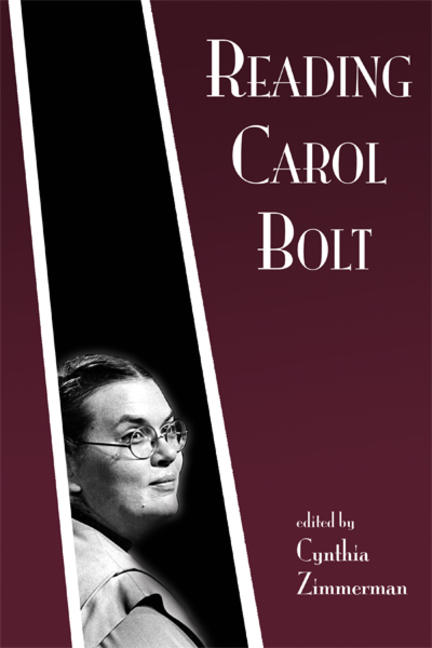 Includes:Cyclone JackBuffalo JumpGabeRed EmmaOne Night StandEscape EntertainmentIcetimeYellow RibbonsFamily PartiesTwo Cowboys and a LadyCompañerasFamous"Carol Bolt was a pioneer, a multi-talented writer who excelled in all the fields of dramatic art. Her work was shaped by an astute political sensibility and even when full of outrage, never lacked for humour. Like the subjects of her plays, she possessed mythic qualities. She was a leading voice in the development of a national theatre and, in the early seventies, our first star." —Paul Ledoux

Never Swim Alone & This Is A Play

Other titles by Cynthia Zimmerman

Song of This Place