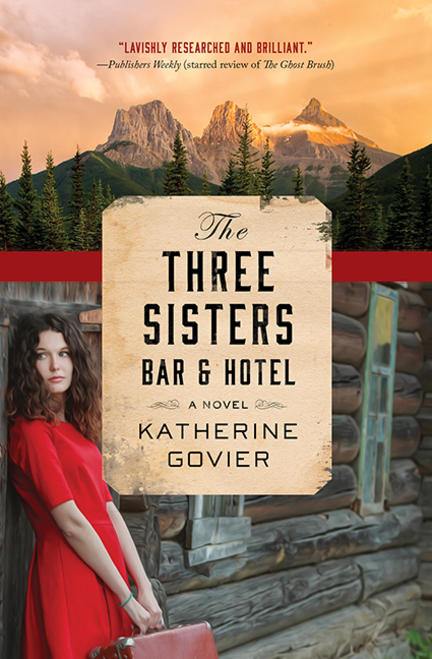 A landmark novel of the Canadian West from one of Canada’s most accomplished writers, author of The Ghost Brush and Fables of Brunswick Avenue

Gateway, Alberta, 1911. The coming of the railroad to the Canadian Rockies has brought a parade of newcomers to the heavenly Bow Valley—climbers, coal miners, artists, scientists, runaway aristocrats and remittance men. Among the latter is the poacher Herbie Wishart, who arrived on a one-way ticket and has reinvented himself as a trail guide and teller of tall tales.

Herbie becomes outfitter for a fossil-hunting expedition headed by a prominent Washington, D.C., archaeologist. Rumours say that the findings of the secrecy-shrouded Hodgson expedition, as it comes to be known, could overturn all previous knowledge about early life forms. Brought along to help in the quarry for the summer are Hodgson’s adult children, mopey Humphrey and the captivating Isabel, with whom Herbie strikes up a campside alliance. But when an early snowstorm hits and trailside grudges come to a head, the expedition mysteriously disappears. The tragedy threatens to stain the Rocky Mountain park’s reputation just as its newly elected government overseers begin to sell the pristine Canadian wilderness to the world. Despite all efforts from that year on to solve, or bury, the mystery, the disappearance will haunt Gateway, and define the futures of Herbie Wishart and his stubbornly female descendants.

The Three Sisters Bar and Hotel is at once sweeping and intimate, and bursting with heart, wit and larger-than-life characters who rival the Rocky Mountain landscape for sheer brio. Katherine Govier proves she is one of Canada’s master storytellers with this new novel, which is a groundbreaking portrait of Western Canada’s past, with all its contradictions and complexities, an intimate story of romance and family, and a tantalizing historical—and prehistorical—mystery.

PRAISE FOR THE GHOST BRUSH