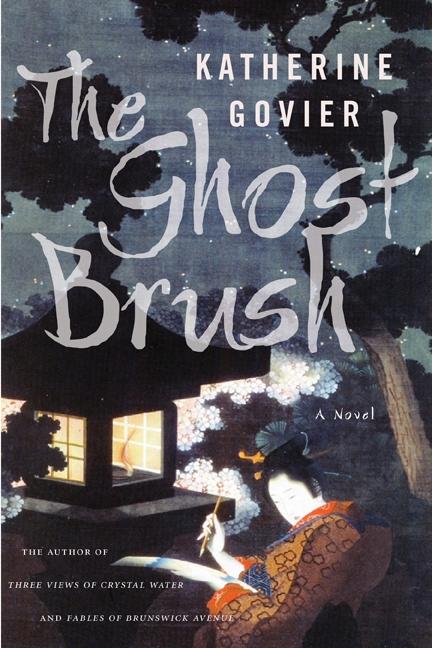 Oei is the daughter of the great Japanese printmaker Hokusai. Long consigned to a minor role as gloomy sidekick, she is barely a footnote in the historical record.

Here, Oei tells her story, plunging us into 19th-century Edo, a brilliant, colourful world in which courtesans rub shoulders with poets and artists consort with warriors, and in which the arts flourish despite a repressive political regime. Dodging the Shogun’s spies, Oei and Hokusai live amongst actors, novelists and prostitutes, making the exquisite pictures that define their time. Disguised, the pair escapes through the city gates to view waves and Mount Fuji. But they return to enchanting, dangerous Edo, the largest metropolis in the world.

She does not cook or sew and she is not beautiful, but Oei has her secret joys. Wielding her brush, Oei defies all expectations of womanhood -- all but one. She is dutiful until death to the exasperating father who created her and who, ultimately, steals her future.

Both a feat of scholarship and a breathtaking work of imagination, The Ghost Brush shines fresh light on the very contemporary issues of authorship and masterworks. But above all it illuminates the most tender and ambiguous love there is -- that between father and daughter.

"Katherine Govier takes us on a moving and fascinating quest as she explores the vanished world of 18th century Japan and the submerged stories of its women.Her telling of that of O-Ei, the daughter of the great painter Hokusai and perhaps his superior as an artist, is at once a work of painstaking historical research and a bold leap of the imagination. "
--Margaret MacMillan, author of Paris 1919 ()

The Three Sisters Bar and Hotel