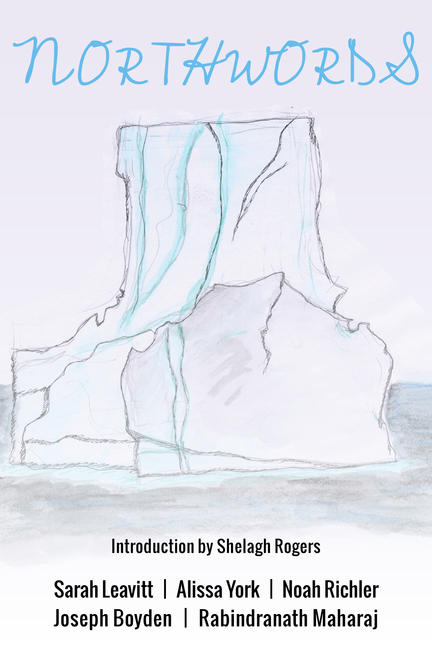 Northwords is a cross-platform project that takes urban Canadian writers Joseph Boyden, Sarah Leavitt, Rabindranth Maharaj, Noah Richler, and Alissa York to some of the world's most extreme environments, to join the conversation about the north.

Introduced by award-winning journalist and radio personality Shelagh Rogers, Northwords is a collection of stories written by acclaimed Canadian authors as they experienced one of Canada's most awe-inspiring northern national parks Torngat Mountains National Park, the country's newest national park, and a place steeped in geological and human history. The cross-platform project, which includes a documentary film that follows the authors as they explored the harsh and stunning terrain, had adventures, and created these new works, adds to the continuing story of the North. The stories explore the idea of the North, and what happens when the country's best writers tackle its most overwhelmingly beautiful places.

Taking advantage of opportunities presented by transmedia integration, users can experience the stories in the writers' own words through Anansi Digital, as well as learn more about their processes and what inspired them through interactive content. Users will have access to film and audio content, and together, these related media will create a larger story web, allowing the audience to truly immerse themselves in the sights, sounds, and stories of the North.

NOAH RICHLER produced and hosted documentaries for BBC Radio for many years before returning, in 1998, to his native Canada to join the National Post. He has worked in bars, mines, newspapers, and the theatre; as a prospector’s assistant in the Yukon and on a lobster boat in Nova Scotia. He is an author, journalist, cultural critic, an occasional broadcaster and, since 2014, the Literary & Ideas Curator of Toronto’s Luminato Festival of Arts and Creativity. He has won two gold National Magazine Awards and is the author of This Is My Country, What’s Yours? A Literary Atlas of Canada, which won the 2007 British Columbia Award for Canadian Non-Fiction and was picked in 2010 as one of the Top Ten Books of the Decade by Macleans news magazine, and What We Talk About When We Talk About War, was a finalist for the Governor General’s Literary Award for Non-Fiction and the Shaughnessy Cohen Award for Political Writing.

Sarah Leavitt has earned international acclaim as a writer and cartoonist. Her first book, Tangles: A story about Alzheimer's, my mother, and me, was published in Canada, the US, UK, Germany, France and Korea and a feature-length animation is in development. In 2010, it became the first work of graphic literature to be a finalist for the Writers' Trust Non-Fiction Prize. It was also a Globe and Mail Top 100 Book of 2010, the winner of the 2011 CBC Bookie Award for Best Comic or Graphic Novel, a finalist for the 2011 Alberta Readers' Choice Award and a finalist for the 2011 Hubert Evans Non-Fiction Prize. Her prose and comics have appeared in anthologies, magazines and newspapers in Canada, the US and the UK. Sarah teaches comics classes in the Creative Writing Program at the University of British Columbia in Vancouver.

Rabindranath Maharaj is the award-winning author of three short story collections and five novels, including The Amazing Absorbing Boy, which won the 2010 Trillium Book Award and the 2011 Toronto Book Award, and was voted a CBC Canada Reads Top 10 for Ontario.

In 2012, Maharaj received a Lifetime Literary Award, administered by the National Library and Information System Authority as part of the commemoration of Trinidad’s fiftieth independence anniversary. In 2013, he was awarded the Queen Elizabeth II Diamond Jubilee Medal, which honours significant contributions and achievements by Canadians.

Alissa York has lived all over Canada and now makes her home in Winnipeg with her husband, writer / filmmaker / publisher Clive Holden. In 1999 her short fiction won the Journey Prize and the Bronwen Wallace Award. Later that year Arbeiter Ring published Alissa's first collection of stories, Any Given Power, which won the Mary Scorer Award for the Best Book by a Manitoba Publisher, and was short-listed for the Danuta Gleed Award. Film rights to three connected stories from the collection have been optioned by Buffalo Gal Pictures. In 2001, Alissa won the John Hirsch Award for the Most Promising Manitoba Writer. Her novel Effigy was nominated in 2007 for the Scotiabank Giller Prize.

Other titles by Noah Richler

Fear and Loathing on the Campaign Trail

An Anthology of the Lost

This Is My Country, What's Yours?

A Literary Atlas of Canada

Other titles by Sarah Leavitt

A Story About Alzheimer's, My Mother, and Me

Other titles by Rabindranath Maharaj

The Book of Ifs and Buts

Other titles by Alissa York