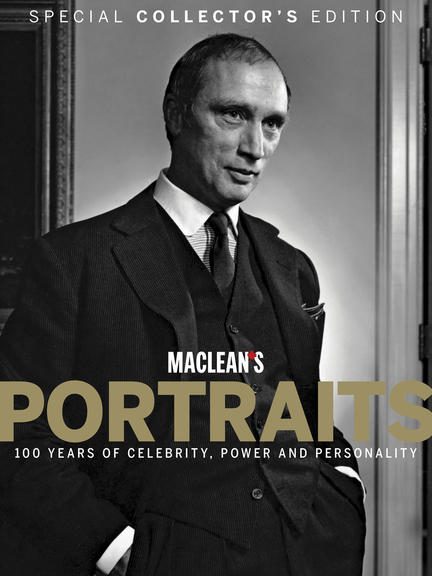 For more than 100 years, Maclean’s has been reporting from the world’s hotspots, interpreting and commenting on history in words and images. Now, for the first time, we present almost 100 captivating portraits from our extensive archives in Maclean’s Portraits. This iBook includes galleries and video interviews with the photographers, who explain how they got the shot of personalities such as Justin Bieber, Anne Murray, Stephen Harper and Gordon Lightfoot, as well as original stories about the subjects. From Yousuf Karsh to Peter Bregg to Christopher Wahl to George Pimentel, the riveting pictures of Canadians big and small, as well as international luminaries from the worlds of science, film, sports and politics, tell their own stories. As Karsh once said: “Within every man and woman a secret is hidden, and as a photographer it is my task to reveal it if I can.”

JACOB RICHLER writes regularly on food and other topics for Maclean’s and several other publications. He has won two National Magazine Awards. Richler is well-known for his food writing and for his books with Chef Susur Lee (Susur: A Culinary Life) and Mark McEwan (Great Food at Home and Mark McEwan’s Fabbrica).

Other titles by Maclean's

Maclean's on the Senate Scandals

From Wallin to Duffy to Wright, how the Senate became the symbol of all that's wrong with Ottawa

Maclean's Guide to Jobs in Canada

Other titles by Barbara Amiel

Other titles by Rosemary Counter

Other titles by Jacob Richler