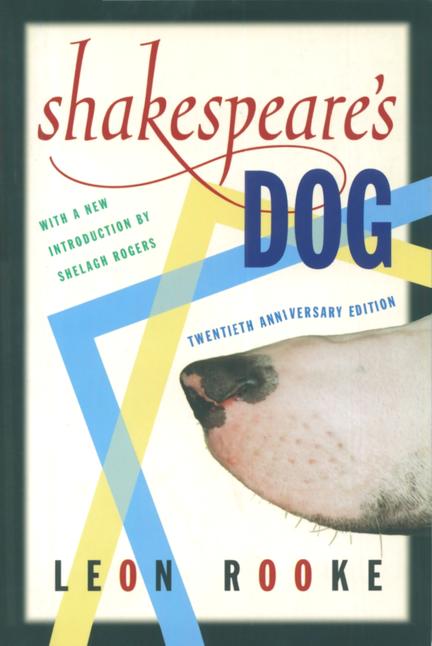 A tour de force of inventive wit Shakespeare's Dog is the eccentric and high-spirited story of William Shakespeare and how he came to bed and wed Anne Hathaway.

Told from the point of view of the Bard's dog, this astonishing novel of comic bliss, hailed as a triumph of language and an amusing delight.

The most idiosyncratic and diverting of biographies of a man whose life stays shrouded in a lost quotidian...Leon Rooke's capacity for unusual kinds of empathy was already amply demonstrated in his last novel, Fat Woman. In Shakespeare's Dog he's put his talent to the test and passed triumphantly...a robust delight.

A veritable find, a novel to thoroughly delight and amuse the most jaded of readers...it is lickerish, witty and full of panache.

Shakespeare's Dog is a breakthrough book. It's marvellously inventive, full of juicy delights.

A rollicking comic novel...a triumph of characterization and language.