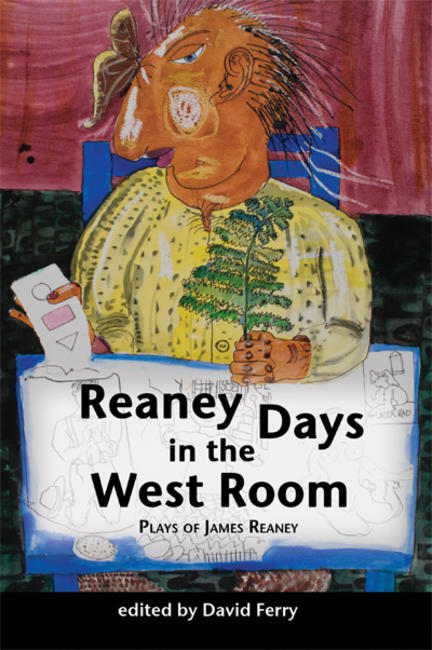 A man of many talents, Reaney taught at the University of Manitoba and the University of Western Ontario for forty years, and received his doctorate with Northrop Frye. His plays have been produced across the country and his poetry and dramatic writing garnered him three Governor General's Literary Awards. Includes:The KilldeerNames and NicknamesListen to the WindSt. Nicholas Hotel: The Donnellys, Part TwoGyroscopeAlice Through the Looking GlassZamorna! And the House by the Churchyard

David Ferry is a director, dramaturge, actor, and teacher. He was the consulting artistic director of Resurgence Theatre Company and the York Shakespeare Festival. David was also artistic director of Bluewater Summer Playhouse in Kincardine, Ontario from 1998â??2002. David won the 2006 Dora Mavor Moore Award for Best Direction for The Last Days of Judas Iscariot (also Best Production Dora) and was invited to the 2006 Festival Intercity in Florence, Italy where he directed Brendan Gallâ??s Alias Godot in Italian. As a dramaturge, David has worked with a number of writers including Florence Gibson MacDonald, Brendan Gall, Fides Krucker, Kelly McIntosh, Paul Ledoux, David Smyth, John Roby, James Reaney, Robert Priest, Drew Hayden Taylor, and Tom Walmsley. David has worked as an actor at the Stratford Shakespeare Festival Festival and in most theatres across the country as well as on and off Broadway in New York.

David works as frequently in film, television, and radio as he does on stage, and has been nominated for or won acting awards such as the Dora Mavor Moore, Genie, Gemini, and Nellie. He has taught acting at theatre schools across Canada, and has recorded an internationally recognized CD collection of Canadian dialects for the actor (Canadian, Eh?). David has served on the executives of CAEA, ACTRA, and is currently a Governor of Actra Fraternal Benefit Society. David was a graduate of the National Theatre School of Canada (1973) and has his Master of Fine Arts in Theatre Directing from the University of Victoria (2003), where he focused on the work of James Reaney. In 2011, David was the recipient of the Barbara Hamilton Memorial Award.

Other titles by David Ferry

You're Making A Scene