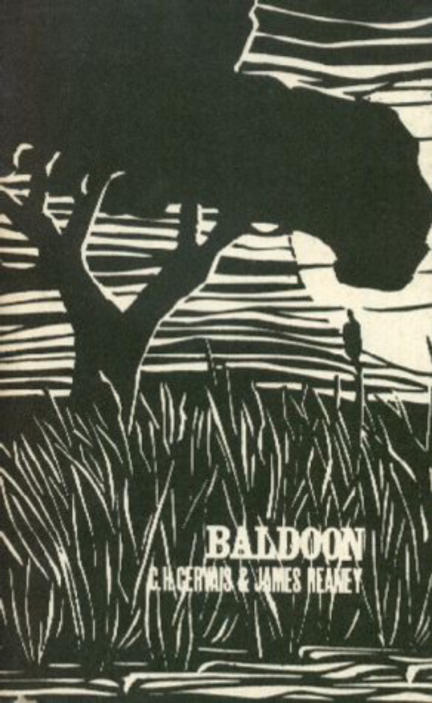 Baldoon is a two-act play written by Governor-General's award winning author James Reaney in collaboration with Windsor area poet and journalist C.H. Gervais. This is the original edition of this title, which was honoured with an Award of Merit in the 1977 Design Canada / Look of Books competition.

Baldoon is one of only two Porcupine's Quill publications from the 1970s that are still available in the original edition, at the original price.

The basic ingredient, as in Reaney's trilogy about the Donnellys, is local history. In Baldoon, near Wallaceburg, Ontario, a nineteenth-century farm family suffered a long series of supernatural visitations, ranging from the usual poltergeist tricks to fires and visions. Various efforts at exorcism failed. Finally, driven nearly to despair, the farmer obtained the services of a doctor and his psychic daughter from Long Point on Lake Erie and, following instructions, shot the wing of the stray goose in his flock with a silver bullet, thus causing the witch who was the source of the trouble to break her arm and be both identified and rendered powerless. It's a good yarn, and Reaney, a vigorous opponent of soulless modernity, likes to believe it is true.