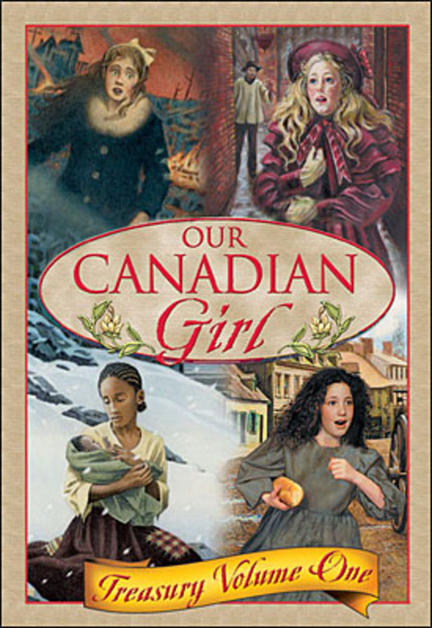 Since the first Our Canadian Girl book was published, children, teachers and librarians across the country have raved about the courageous young girls who bring Canada's past to life. Now, fans of the acclaimed series can collect beautiful hardcover editions of the first four books that started it all.

In Emily: Across the James Bay Bridge, Emily discovers B.C.'s Chinatown in 1896 and befriends Hing, her middle-class family's servant. In Penelope: Terror in the Harbour, Penelope's world is rocked-literally-with the 1917 Halifax harbour explosion. In Marie-Claire: Dark Spring, Marie-Claire's life in 1885 Montreal is turned topsy-turvy amidst a smallpox outbreak and some drastic family changes, and in Rachel: A Mighty Big Imagining, Rachel, a freed slave, dreams of a better life in Nova Scotia, only to find that Canada brings its own set of hardships.

Lynne Kositsky is an award-winning poet and the author of several novels in Penguin's Our Canadian Girl series, including Rachel: A Mighty Big Imagining, which won the White Raven Award. Lynne's fiction has been nominated for the Geoffrey Bilson, White Pine, Golden Oak, Hackmatack Awards, in 2006 she won the Canadian Jewish Book Award for Youth for The Thought of High Windows. She lives in Vineland, Ontario, with her husband, Michael, a composer, and her two shelties, who provided the template for Tempest, the doggy character in Minerva's Voyage.

Other titles by Lynne Kositsky

Thought of High Windows, The