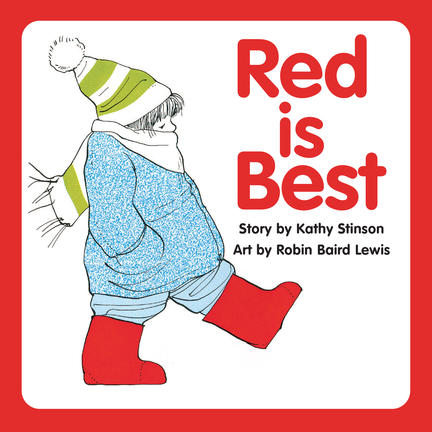 Kelly's mom doesn't understand all of the reasons why red is the best color. Through minimal text and elegant illustration, Kelly shows her mom why juice tastes better in the red cup, red pyjamas keep the monsters away at night, and red boots take bigger steps. Red is Best is the classic best-selling picture book by Kathy Stinson and Robin Baird Lewis, available now as an e-book.