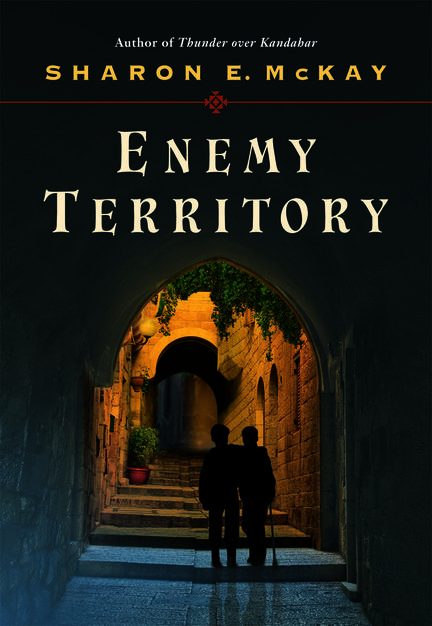 Sam, an Israeli teen whose leg may have to be amputated, and Yusuf, a Palestinian teen who has lost his left eye, find themselves uneasy roommates in a Jerusalem hospital. One night, the boys decide to slip away while the nurses aren’t looking and go on an adventure to the Old City.

The escapade turns dangerous when they realize they’re hopelessly lost. As they navigate the dark city—one of them limping and the other half-blind—their suspicions of each other are diverted. They band together to find their way home, defending themselves against unfriendly locals, arrest by the military police, and an encounter with a deadly desert snake. The boys’ attempts to understand each other and the politics that divide them mirror the longstanding conflict in the Middle East.

This powerful story, touched with humor, demonstrates how individual friendships and experiences can triumph over enormous cultural and political differences and lead to understanding and compassion.

“In this fast-paced narrative, Sam and Yusuf blur together at times—anger is a realistic, defining characteristic for both—but given the overarching theme, that confusion just may be the point … powerful.”