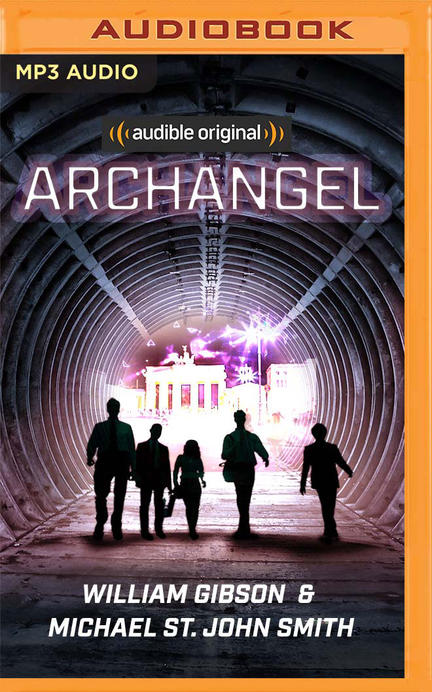 The year is 2016. Not our 2016. Theirs. Earth is dying, the result of a worldwide nuclear holocaust caused by America's dictatorial President-for-Life Lewis Henderson, a man who will use any means necessary to maintain power and survive.

Enter: The Splitter. A machine capable of splitting off an exact replica of Henderson's world. A world where the cataclysmic events causing its destruction have yet to occur.

That world is ours.

In August of 1945, our postwar Europe becomes the battleground for Henderson's operatives - led by his sociopathic son - as they engineer a complete redo of their history. By changing ours. Their mission is to take over our world and rule it absolutely - again.

The only obstacles in their way are a disabled rebel colonel in an underground bunker; a Marine pilot who pursues Henderson's men across time; and a British secret weapons analyst who must accept that the impossible is, in fact, possible.

And that the fate of two worlds hangs in the balance.

The cast of Archangel includes:

Malcolm Graeme has appeared on and off Broadway in "Aida, The King and I, " Lincoln Center's "Hapgood, " and "M. Butterfly" (National Tour). His television appearances include "Law & Order, Follow the River, " and "Mr. Halpern and Mr. Johnson" (with Laurence Olivier). Film credits include "A Further Gesture, The Adventures of Sebastian Cole, " and "Reunion."

Scott Aiello has narrated over a dozen audiobooks and is a 2013 Audie Award finalist for his nonfiction narration of Sex and God at Yale by author Nathan Harden. He is a graduate of the Juilliard School drama division and has since performed and directed various New York plays and has been seen on television shows such as Person of Interest and Elementary. Before Juilliard, he was a regular in the Chicago theater circuit.

Other titles by Eric Yves Garcia

Other titles by Graeme Malcolm

Other titles by Jonathan Todd Ross

Other titles by Neil Hellegers

Other titles by Scott Aiello

Coinbase and the Coming Disruption of Finance