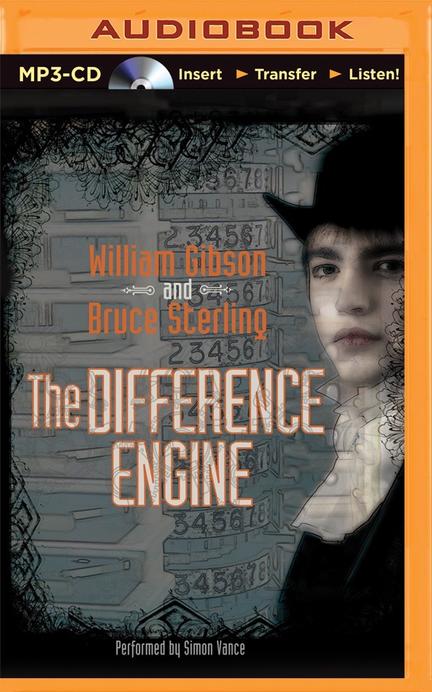 1855: The Industrial Revolution is in full swing, powered by steam-driven cybernetic Engines. Charles Babbage perfects his Analytical Engine, and the computer age arrives a century ahead of its time. Three extraordinary characters race toward a rendezvous with the future: Sybil Gerard—fallen woman, politician’s tart, daughter of a Luddite agitator; Edward “Leviathan” Mallory—explorer and paleontologist; Laurence Oliphant—diplomat, mystic, and spy. Their adventure begins with the discovery of a box of punched Engine cards of unknown origin and purpose. Cards someone wants badly enough to kill for.

Part detective story, part historical thriller, The Difference Engine took the science fiction community by storm when it was first published more than twenty years ago. Provocative, compelling, and intensely imagined, this novel is poised to impress a whole new generation.

Hugo Award-winning science fiction author and futurist Bruce Sterling has been called by Time "perhaps the sharpest observer of our media-choked culture working today in any genre." Three of his novels have been New York Times Notable Books of the Year, and he has been a contributing writer for Wired since its conception. In 2005 he is "Visionary-in-Residence" at Art Center College of Design, Pasadena. Bruce Sterling's blog Beyond the Beyond has been active since 2003.

Other titles by Simon Vance

The Vanishing Face of Gaia

Jennings - According to Jennings'