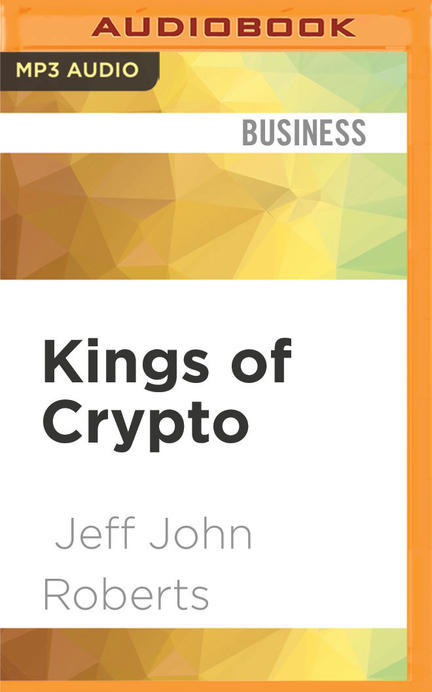 An expert, story-driven account of how Coinbase won the cryptocurrency game and set itself up to lead the future of banking and blockchain-based trading. This is the story of the people who made Coinbase, per PitchBook, “one of the most valuable startups in the US,” including the stoic, preppy founder and CEO Brian Armstrong and the bitcoin-obsessed former lumberjack Olaf Carlson-Wee, who turned their backs on the first generation of wild-eyed Bitcoin prophets to build something more profound and practical — a company poised to be the next generation's Goldman Sachs or JP Morgan Chase. Founded in 2012, Coinbase today processes billions of dollars' worth of cryptocurrency every week and has more customers than long-time investment giants Fidelity and Charles Schwab; what Google is to search and Uber is to ride-sharing, Coinbase is to cryptocurrency.

Ranging from Coinbase's earliest days and the ensuing crypto-mania to the current battle between Silicon Valley and Wall Street for the center of finance, Kings of Crypto uses Coinbase to explore and explain the larger, over-arching disruption and future of finance.

Jeff John Roberts covers IP, blockchain, and cyber security for Fortune and previously reported on technology for Reuters and Gigaom. He is uniquely positioned to report the financial and legal aspects of the Coinbase story given his background as a lawyer and time as a Knight-Bagehot Fellow at Columbia Business School. In 2018, his work on blockchain for Fortune received a national honor from the Society of American Business Editors and Writers.

Jeff is an authority on copyright and other intellectual property issues, and is licensed to practice law in New York and Ontario. He frequently appears on radio and TV programs to share perspectives on subjects like technology, new media and Google.

Scott Aiello has narrated over a dozen audiobooks and is a 2013 Audie Award finalist for his nonfiction narration of Sex and God at Yale by author Nathan Harden. He is a graduate of the Juilliard School drama division and has since performed and directed various New York plays and has been seen on television shows such as Person of Interest and Elementary. Before Juilliard, he was a regular in the Chicago theater circuit.

Other titles by Scott Aiello