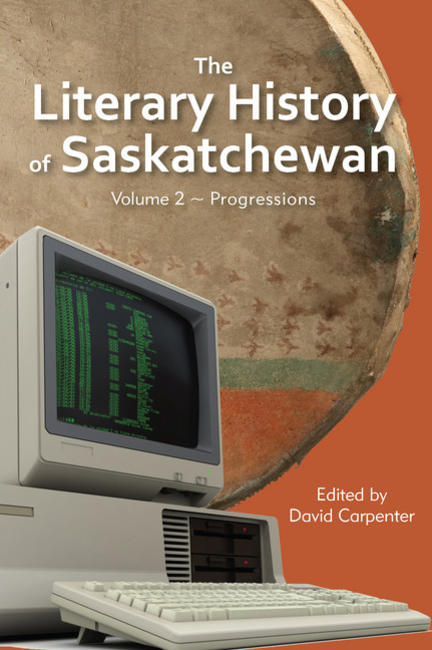 Progressions presents another batch of erudite and entertaining essays on a variety of topics covering Saskatchewan's literary development, as well as tributes to some of the major con- tributors to that history, and a pictorial glimpse into the past. Writers stopped using typewriters, and even moved beyond the Kaypro computer box for their compositions.The Saskatchewan School of the Arts was shut down, ending the Fort San writing experience. But the Sage Hill Writing Experience quicklyrose to replace it. Saskatchewan literary presses really found their feet and published important and lasting books.A wave of new writers joined the founders of the province's literary tradition. Responding to this growth in the community, the Saskatchewan Book Awards, and the Saskatchewan Festival of Words in Moose Jaw, came into being. The Saskatchewan writing community stormed out of the 20th Century in a frenzy of creativity and accomplishment. Essay contributors to Volume 2 include Dave Margoshes, Jeanette Lynes,ArithaVan Herk,Alison Calder and seven more.The eleven essays include such topics as “To House or House Not: The New Saskatchewan Women Poets?, “Contemporary Nature Writing in Saskatchewan?, “Fort San/Sage Hill” and “Brave and Foolish Nonconformists?. In addition, literary tributes are offered for: Caroline Heath, Pat Krause, Martha Blum and Max Braithwaite.