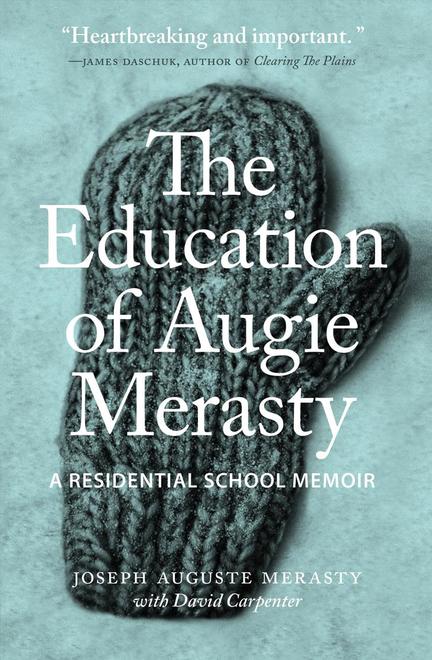 "This story of a child is heartbreaking and important. It brings into dramatic focus why we need reconciliation." - James Daschuk, author of Clearing the Plains

This memoir offers a courageous and intimate chronicle of life in a residential school.

Now a retired fisherman and trapper, the author was one of an estimated 150,000 First Nations, Inuit, and Metis children who were taken from their families and sent to government-funded, church-run schools, where they were subjected to a policy of "aggressive assimilation."

As Augie Merasty recounts, these schools did more than attempt to mold children in the ways of white society. They were taught to be ashamed of their native heritage and, as he experienced, often suffered physical and sexual abuse.

But, even as he looks back on this painful part of his childhood, Merasty's sense of humour and warm voice shine through.

"At 86, Augie Merasty has been a lot of things: Father. Son. Outdoorsman. Homeless. But now he is a first-time author, and the voice of a generation of residential-school survivors.... The Education of Augie Merasty is the tale of a man not only haunted by his past, but haunted by the fundamental need to tell his own story...one of the most important titles to be published this spring." Globe and Mail

The Education of Augie Merasty: A residential school memoir

A courageous and intimate chronicle of life in a residential school, The Education of Augie Merasty highlights the urgent need for reconciliation with Indigenous peoples.

Though it may be a challenge for students to fathom the brutal experiences and inhuman conditions thousands of Aboriginal children encountered in residential schools, this memoir provides a first-hand account of one individual’s story. The book should be presented to students who want to learn more about this history and to grasp how the past informs our present and future.

June is Indigenous History Month, a great opportunity to celebrate some of our favourite books over the years, along with links to great interviews, excerpts, …

Unpacking "Quirky": A CanLit Round Table

Four of our favourite Canadian writers grapple with the questions of quirky: What does quirky really mean? What are its politics? Who gets to be quirky? …

Kaleigh Bradley on how the legacy of residential schools continues to ripple throughout Indigenous communities, and what must be done.