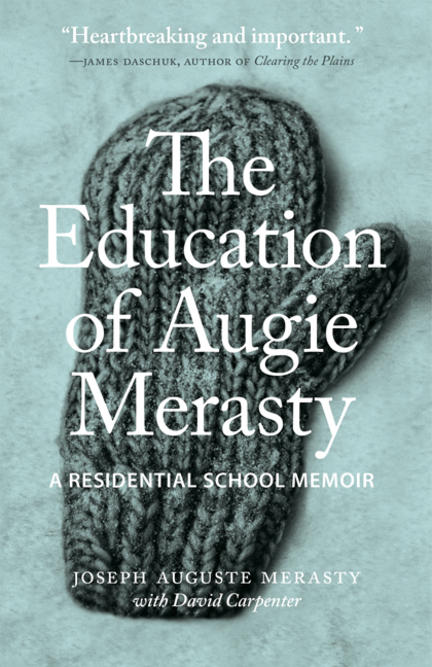 "Heartbreaking and important… brings into dramatic focus why we need reconciliation." - James Daschuk, author of Clearing the Plains This memoir offers a courageous and intimate chronicle of life in a residential school. Now a retired fisherman and trapper, the author was one of an estimated 150,000 First Nations, Inuit, and Metis children who were taken from their families and sent to government-funded, church-run schools, where they were subject to a policy of "aggressive assimilation." As Augie Merasty recounts, these schools did more than attempt o mold children in the ways of white society. They were taught to be ashamed of their native heritage and, as he experienced, often suffered physical and sexual abuse. But even as he looks back on this painful part of his childhood, Merasty's sense of humour and warm voice shine through.

"Offers a glimpse into Merasty's life in residential school, exposing a terrible regime where evil went entirely unchecked. A quick read, it's nevertheless a historically significant one."