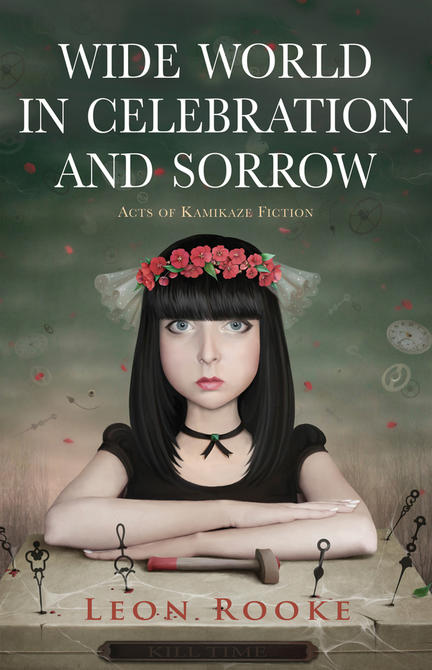 Subversive, edgy, and wildly entertaining, this short story collection is a unique encounter with fiction in Leon Rooke’s characteristic style as he peels back the skin of social convention and embraces the chaos of life with characters and themes as unpredictable as an assassin who murders the words in your memory; Egi Balducchi who is either a recording angel or a mad old man with a wheelbarrow; Eli's daughter, Frannie, who may just be a gentle two-bit hooker, or the Virgin herself; and is that really God, shrugging off insults from Isaac Babel and Guy de Maupassant? Then there is Lap the Dog who escapes gunshot and poison, and heads cross-country to find the human survivors; a glimpse into the life of Joyce Carol Oates; the philosopher Heidegger in a fight with Hannah Arendt; the Indian Chief who is denied his professorship at Yale when he turns up for the ceremony with a black princess on his arm; and more... Wide World in Celebration and Sorrow is an evocative short story collection that is wild with laughter, confronting pathos, rage and humour in ways that only Rooke’s writing could approach.

“It seems there’s hardly a register, a dialect, a mood, a setting, a protagonist, or a conceit that [Leon Rooke] won’t try on at least once. . . . A Rooke story is something to be ‘experienced’ rather than ‘understood.’”  —Quill & Quire

“Rooke eschews the dreary wet wool blanket of conventional realism, salting his stories with magic, myth, vituperation, and improbability. Often, out of the darkest and most moribund situations, he wrestles a startling and uncanny beauty, an affirmation of life, a stunning reversal that does not bespeak any faith or philosophy but a joy in the exuberant play of Language.”  —Globe and Mail