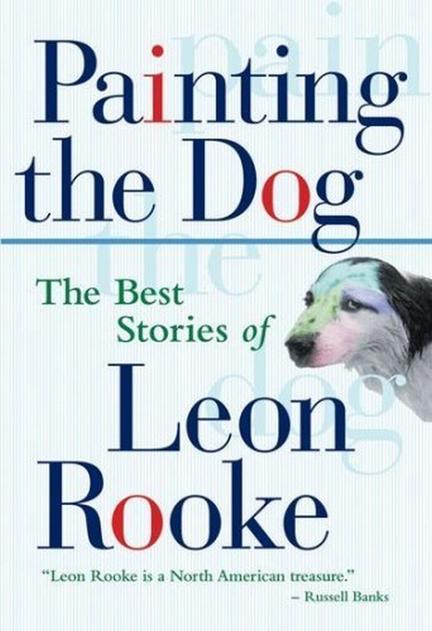 Leon Rooke is one of Canada's preeminent fiction innovators, a master of the short form, and a literary godfather to scores of writers. Here, for the first time, is the quintessential selection of his best short fiction, culled from a prodigious career and 15 story collections.

In these beautiful affecting stories, both bittersweet and hilarious, Rooke mines the rich and often turbulent field of domestic life, of relationships between men and women, and of the fragile dislocations of young children. Included are classics such as The Birth Control King of Upper Volta, The Women's Guide to Home Companionship, and Early Obscenities in the Life of the World's Foremost Authority on Heidegger. Always fresh and original, these timeless stories push the boundaries of the traditional short story form.

Painting the Dog is vintage Rooke: 17 highly original tales brimming with whimsy and wit, pain and poignancy, and the author's endlessly astonishing and electric imagination and riotous humour.

In the last two decades [Leon Rooke's] literally hundreds of stories have made him into one of the very few writers the rest of us have to read in order to know what the short story form can and cannot do, for he works way out there in 'terra incognita' mapping limits...He's a writer with a black belt in portraying the small daily tragedies that break bones and leave no visible wounds...he's (also) a writer with a voice so sharp and personal that he changes your life while you're busy laughing.

This is the essential Rooke, a compassionate maximalist, simultaneously over the top and under control.

At his best, Rooke taps into a supply of human gall and aspiration that is as mysterious as it is real.

Rooke...is able to capture elusive moments in time and character that reveal hidden flaws and truths.

Rooke is one of the great post-Faulkner southern prose stylists...he is practically a kissing cousin to Cormac McCarthy, Carson McCullers, Flannery O'Connor...Rooke breaks the rules, makes up new rules, fractures and twists the story form with breathtaking aplomb, while communicating a generosity of spirit and 'joie de vivre' that is endlessly attractive.

Story-telling at its most compelling, a narrative to rivet a reader's attention...

...very fine stories. What a pleasure it is that they stimulate the visual imagination as well as the intellect.