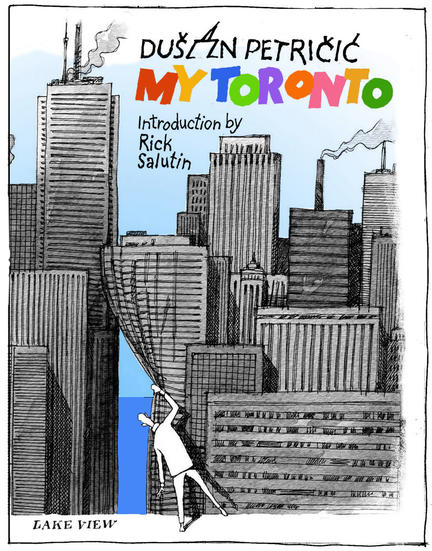 I came to Toronto seventeen years ago with two new, fresh and curious eyes. Slowly and painstakingly I trained my ONE eye to watch the city, people and events around me in the way of native Torontonians… you might say, in the appropriate manner. That’s probably how it should be if you want to fit into the system smoothly. But, for all these years, I kept the OTHER eye as anexternal, immigrant eye, which inevitably sees things differently.With these two distinctive perspectives I observed Toronto, its people, architecture, history, environment, art and culture, and tried to understand and interpret it in my way. I hope that my take on Toronto in this book is like watching a 3D movie with special glasses and two different filters – multidimensional.

Rick Salutin has written award-winning drama (Les Canadiens, 1837), fiction (A Man of Little Faith) and journalism (op-ed columnist for The Globe and Mail from 1991-2010 and the Toronto Star since then). He has taught almost continuously, in some manner, since he was about 15, including a course in the Canadian Studies program at University College, the University of Toronto, since 1978.

Other titles by Rick Salutin

Keeping the Public in Public Education

A Man of His Time

A History, A Play