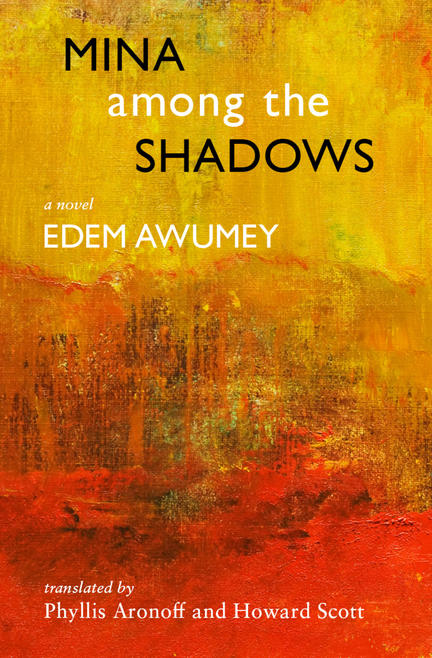 Translated from French by Phyllis Aronoff and Howard Scott.

Kerim Neto returns to his hometown, a city on Africa's Atlantic coast, to search for Mina, his former model, lover, and muse. But Mina has disappeared. He combs the streets and byways he has known, hoping to find her. He questions his old friends from the theatre, with whom he and Mina had performed and mocked the country's army and dictators. But these friends have now joined the establishment, they are now imams, preachers, and police informers.

Which Mina will Kerim find? Does she hide behind a veil? Or sing of the risen Christ? Will she bear the marks of torture? He has returned to a nation steeped in fear, where power lies in the hands of evil forces; where religions and superstition lull the minds, as the ancient gods look on.

Mina Among the Shadows is a hymn to immutable desire and love, the power of art and beauty, and the courage of ordinary men and women.

Edem Uwumey was born in Togo in 1975. His first novel, Port-Melo, won the Grand Prix Litteraire de L’Afrique Noire, one of the most distinguished literary prizes in Africa, and his second novel, Les pieds sales (Dirty Feet), was a finalist for one of France’s most prestigious literary prizes, the Prix Goncourt. Awumey now lives in Canada where he is a teacher.

Phyllis Aronoff lives in Montreal. She has a Master’s degree in English literature. The Wanderer, her translation of La Québécoite by Régine Robin, won the 1998 Jewish Book Award for fiction. She and Howard Scott were awarded the 2001 Quebec Writers’ Federation Translation Award for The Great Peace of Montreal of 1701. She is currently president of the LTAC.

Other titles by Edem Awumey

Other titles by Phyllis Aronoff