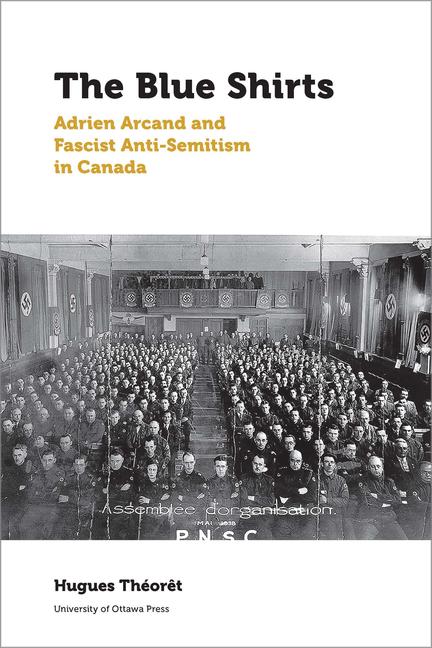 While Adolf Hitler was seizing power in Germany, Adrien Arcand was laying the foundations in Quebec for his Parti national social chrétien. The Blue Shirts, as its members were called, wore a military uniform and prominently displayed the swastika. Arcand saw Jewish conspiracy wherever he turned and his views resonated with his followers who, like him, sought a scapegoat for all the ills eroding society.
Even after his imprisonment during the Second World War, the fanatical Adrien Arcand continued his correspondence with those on the frontlines of anti-semitism. Until his death in 1967, he pursued his campaign of propaganda against communists and Jews.
Hugues Théorêt describes a dark period in Quebec’s ideological history using an objective approach and careful, rigorous research in this book, which won the 2015 Canada Prize (Federation for the Humanities and Social Sciences).
Published in English.

Hugues Théorêt holds a PhD in History (University of Ottawa). A journalist, media relations officer and intergovernmental affairs consultant, he has collaborated on a number of documentary series for television on the history of Canada. He is also editor of a historical journal in the Outaouais region and lectures on fascism and anti-semitism in Canada.