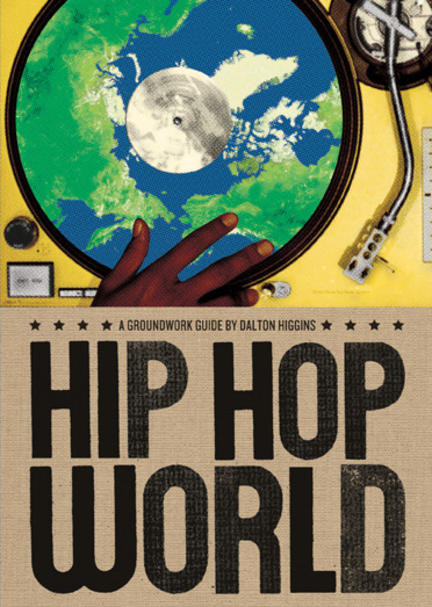 Hip hop is arguably the predominant global youth subculture of this generation. In this book Dalton Higgins takes vivid snapshots of the hip hop scenes in Europe, North America, Asia, Africa and more.

American hip hop has gone through growing pains, and is questioned for being too commercialized to articulate the hopes, concerns and dreams of marginal youth and community members. Outside the US, hip hop culture is often a political tool to mobilize disenfranchised communities around hard issues, with little support from mainstream corporations or sponsors.

Higgins taps into his own powers of pop culture prognostication to predict the future of the genre and the youth culture that spawned it, as hip hop spreads its tentacles to the furthest reaches of humanity.

...a thoughtful examination of the globalization of hip hop...excellent...

This highly readable, well-researched series of essays...certainly covers a lot of ground, but it's Higgins's panoramic scope and panoply of references that makes the book so engaging. With its solid chapter on hip-hop history, it's also suitable for impressionable young heads just getting into the music.

The validity of hip-hop culture has been entrenched by reams of critical analysis and Dalton Higgins' book Hip Hop World adds a fresh voice by interrogating many of the ingrained tenets of hip-hop culture, hopscotching across the world to incorporate a global perspective. When discussing the culture's origins, he takes great care to expand the sphere of analysis beyond the South Bronx...Add to the mix Higgins' provocative critical analysis on hip-hop culture's racial aspects and social responsibility and Hip Hop World represents a clarion call for hip-hop culture to fully seize its power and influence for progressive goals in the future.

A solid addition to the Groundwork Guide series, this overview of hip-hop covers an impressive amount of ground and spans the landscape of the art form's global origins and modern existence...the pithy, unapologetically political narrative that results is sure to engage readers.

...a fresh take on hip-hop's controversies and accomplishments.

...a good primer on the genre's history and canon, from Chuck D to Cool Kids.

It's a totally readable guide to the genre with a global breadth rarely seen.

A refreshingly intelligent history and examination of that much maligned and...global phenomenon

The Canada-born writer of Jamaican parentage takes a uniquely intelligent look at the multiculturalism of hip hop...

In this latest edition of Groundwork Guides series, Dalton Higgins takes teen readers on a tour-de-force exploration of hip hop culture. Fans of deejaying, breakdancing, rapping and graffiti will revel in this fascinating guide to all things hip hop.

In a pocket-sized 150 pages, Hip Hop World covers the economics of hip hop, its various musical subgenres (Homo Hop, Horrorcore, Nerdcore, etc.), the social impact of the culture, its future and more.

Hip Hop World also features original interviews with notable hip hop artists and practitioners including Public Enemy’s Chuck D, Sudanese raptivist Emmanuel Jal, hip hop culture photographer Ernie Paniccioli and many more. Hip Hop World is conversational, candid and good to the last drop. As a music programmer, pop culture critic and journalist, Higgins is clearly passionate about hip hop culture and he knows how to write about the subject in a way that will excite readers. Higgins also discusses some of the more controversial elements of hip hop culture including homophobia, racism and sexism – making this book the perfect jumping point for exploring a variety of topics with teen readers.

With so many teens interested in hip hop culture (whether they be consumers or creators), this book is an excellent resource to have on hand at home, in media literacy and music classes, or in the library.