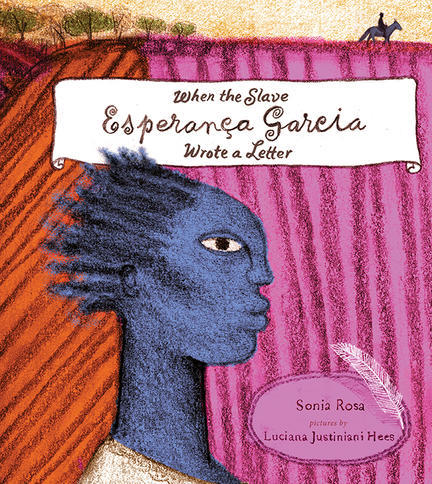 In 1770, the slave Esperança Garcia bravely penned a letter to the governor of Piauí state, in Brazil, describing how she and her children were being mistreated and requesting permission to return to the farm where the rest of her family was living.

Before she wrote her letter, Esperança Garcia lived on a cotton farm run by Jesuit priests, where she learned to read and write — a rare opportunity for a woman, especially a slave. But one day she was separated from her husband and older children and taken with her two little ones to be a cook in the home of Captain Antonio Vieira de Couto, where she and the other slaves were beaten and denied even the freedom to attend church.

In despair, Esperança Garcia wrote to the governor about her terrible situation, asking if she and her young children could return to the farm. She waited each day for a reply, never giving up hope. And although she never received an answer, she is remembered today for being the courageous slave who wrote the first letter of appeal in Afro-Brazilian Brazil. Commemorating the date of the letter’s discovery, September 6th has become Black Consciousness Day in Piauí state.

Beautifully illustrated, this moving picture book provides a very personal look at the tragic history of slavery in the Americas.

SONIA ROSA was born in Rio de Janeiro. She is a teacher with a specialty in reading, culture and African history. She has written more than thirty-five books, and her work has been recognized by the Brazilian chapter of the International Board on Books for Young People (FNLIJ) and the White Ravens Catalogue.

Luciana Justiniani Hees is a Brazilian illustrator who lived in Mozambique for many years and now lives in Portugal. She has illustrated a number of books with African and Afro-Brazilian themes. An exhibition of her work was held at the Franco-Mozambican Cultural Center in Maputo in 2010. Her short film O Salão Azul was selected for the International Film Festival in Rotterdam in 2011.

Although no response to her letter is known, readers will find her perseverance and brave act of speaking out against oppression inspirational.

This important example of human courage will expand readers’ knowledge of slavery while providing a clear example of resistance to oppression.

The universal sadness of the slave’s story, together with Hees’ arresting folkloric artwork that renders Esperança as a stalwart, dignified profile with a wide eye on the future, will draw in the audience.