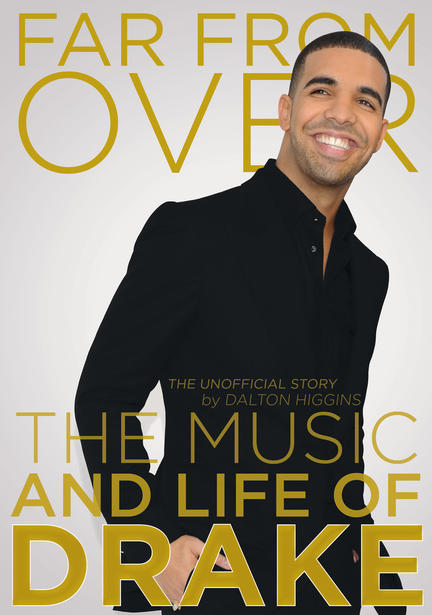 Spotlighting one of today’s most talked about and successful musicians, this unauthorized biography showcases the Grammy-winning talent of hip-hop artist Aubrey Graham, aka Drake.

The account reveals the entertainer as a triple threat: a rapper, a singer, and an actor whose journey to fame has been nothing short of atypical. From his debut going double platinum and selling millions of copies in the United States alone to topping the Billboard 200 charts and spawning numerous hits, this chronicle reviews Drake’s numerous achievements, including the record-breaking digital popularity of his sophomore release. The celebrity’s acting career also gets its due, notably his nine seasons starring in Degrassi: The Next Generation, one of the most consistently watched drama series for teens in North America.

In Far from Over, award-winning writer and hip hop expert Dalton Higgins examines the life of Aubrey Drake Graham. Conducting a journey through the life of a 25-year-old wonder, the book travels from Drake’s childhood in Toronto to his emergence as an unlikely global pop culture hero — breaking all of the music industry and societal clichés in the process — illustrating what makes this modern-day Renaissance man tick.

I do think this should be Far from Over, with from lc, because it’s a preposition. But I won’t die on this hill!