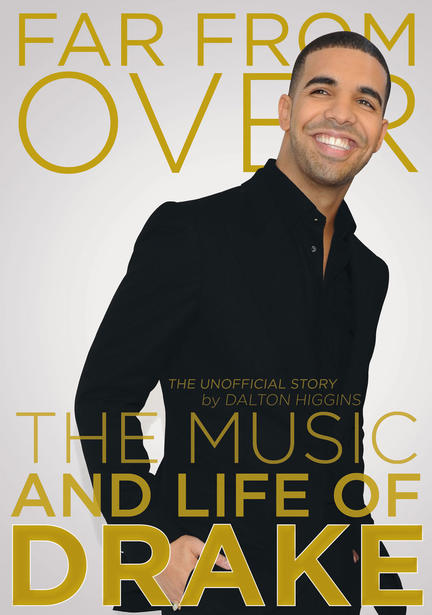 At a time when album sales were plummeting, Drake’s 2010 debut album, Thank Me Later, went platinum, hit number one on the Billboard 200 chart, and spawned numerous Top 10 hits including “Over,” “Best I Ever Had,” and “Find Your Love.” His sophomore release, Take Care, also debuted at number one on the Billboard 200 chart, went platinum, and has been downloaded at a record pace.

In Far From Over, award-winning writer and hip hop expert Dalton Higgins examines the life of Aubrey Drake Graham, whose path to superstardom has been anything but typical. Raised in Toronto’s upscale Forest Hill neighbourhood by his Jewish mother, the multi-talented entertainer first made a name for himself as an actor on the popular teen drama Degrassi: The Next Generation before becoming one of the world’s most successful rappers. Featuring original interviews, Far From Over reveals the life story of a musician and actor whose star will only continue to rise.