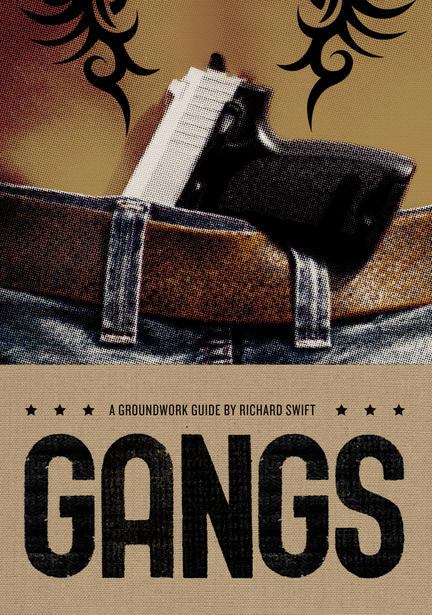 Street gangs have exploded worldwide. Tattoos, baggy pants, tagging, gangsta style, the unspoken threat -- it's all just around the corner in most of the world's major cities. From the streets of Los Angeles to the shantytowns of Cape Town, hundreds of thousands of "at risk" youth are deciding whether they should join their local gang.

Violence, guns, the drug trade, racism, poverty, families under pressure and ever-widening slums all provide a witch's brew in which the youth gang tempts young males and females with a sense of identity and belonging that their world has denied them.

Gangs exposes the roots of the problem as it moves from the banlieues of France to the favelas of Brazil. It offers a startling analysis of the complicity of the official adult world and some controversial ideas for reforms that might just undermine the appeal of gang life.

For many of the world's young -- especially those who are poor -- joining a gang is a real career choice. It is a choice that can be as deadly for young gangsters as for their victims. Richard Swift shows us that we fail to understand gangs at our peril.

...an accessible, readable, and fascinating book.

With well-documented references, a sharp wit, and a passionate commitment....this will grab teens, and adults, too, with its compelling arguments about why kids join gangs and what happens when greed, poverty, and injustice intersect.

For many of the world’s young, especially those who are poor, joining a gang is a career choice. Gangs provide them with a sense of identity and belonging that their world has denied them. Author Richard Swift looks at the roots of the problem and offers some controversial ideas for reforms that might just undermine the appeal of gang life.

How to Stop the Tax Cut Scam and Save Canada

edited by Richard Swift
as told by Canadians for Tax Fairness