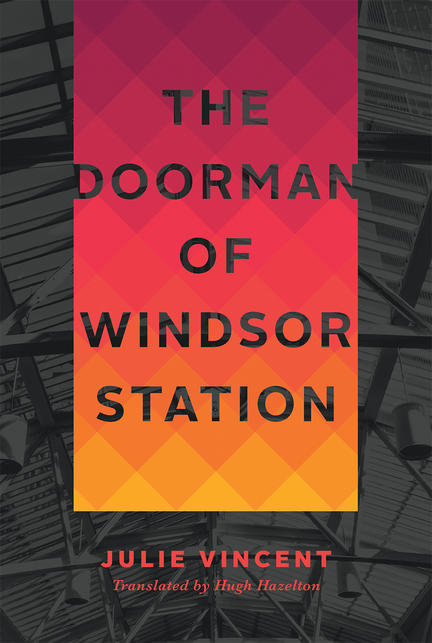 As he tries for a better life, Francisco’s past keeps finding him, until it blurs with the present in a series of hallucinations, challenging him to reclaim his identity and his rights.

Director, playwright, actor and professor Julie Vincent received the Golden Plaque Award for Best Actress at the International Film Festival of Chicago in 1979 for her role in Mourir à tue-tête (A Scream from Silence). She has also won the Special Jury Award at Évry, France, for her one-woman show Noir de monde. She has played leading roles in ten Canadian films and appeared on television in the series Cormoran and Virginie. In Tokyo she appeared as Joan of Arc in the oratorio Jeanne au bûcher by Arthur Honegger—a role she also played at Carnegie Hall in New York. She was a professor of improvisation and interpretation at the National Theatre School of Canada for over twenty years, and is now an artistic consultant at the École nationale de cirque in Montreal. She has recently acquired specialized training in oral storytelling at the Casa de Letras in Buenos Aires. Since 2005 Vincent has devoted herself to playwriting for her theatre company Singulier Pluriel. Her work is published by Les éditions de la Pleine Lune. She has directed Jocaste by Uruguayan playwright Mariana Percovich, as well as her own plays La Robe de mariée de Gisèle Schmidt, Le Portier de la gare Windsor and Soledad au hasard. She is currently developing a North-South connection in the dramatic arts and works regularly in São Paulo, Montevideo and Buenos Aires. In April 2014 she directed Contes sur moi, five stories for theatre, which she co-authored with the Brazilian playwright João Carrascoza in a workshop collaboration with the Brazilian theatre company Da Travessia at the Théâtre aux Écuries in Montreal. The premiere of Contes sur moi took place in São Paulo in October 2014. In 2015 Julie’s play Soledad au hasard was nominated for the Gratien Gélinas Award from the Centre des auteurs dramatiques (CEAD) in Montreal and went on to great success at the International Theatre Festival in Formosa, Argentina. Soledad au hasard was also performed in October 2016 at the opening of the International Theatre Festival for Children and Young People in Córdoba, Argentina.

A Critical Study of Ten Latin American Writers of Canada