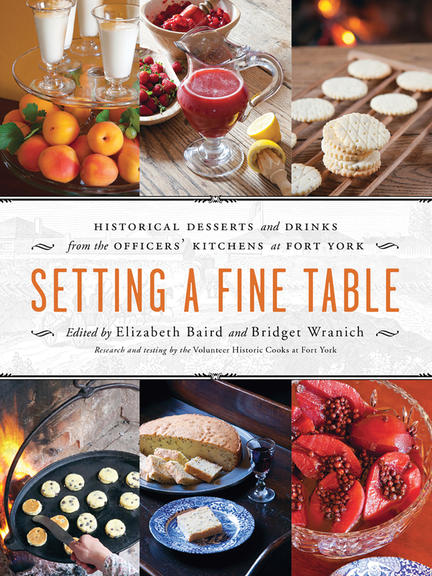 Setting a Fine Table is a selection of dessert recipes from historic Fort York in Toronto. The recipes, from the officers' kitchens in the Fort, take you back to a time when food was truly local. The 30 recipes include the original, historic recipe as well as its modern equivalent. Each recipe is introduced by an explanation of why it was chosen, how it would have been used at the Fort in the past and how it is used at the Fort today. With beautiful photographs as well as a bibliography of the historic cookbooks from which the recipes were drawn, this book will appeal to anyone interested in historic cooking and Canadian history.

Bridget Wranich is a culinary historian and an expert in late 18th and 19th-century cooking in Upper Canada. She has worked in museum education for more than 25 years and is a Program Officer at Fort York National Historic Site, where she develops and coordinates activities and events for students and visitors.

Bridget is a co-founder of the Culinary Historians of Canada.

A Taste of Canada

Other titles by Bridget Wranich