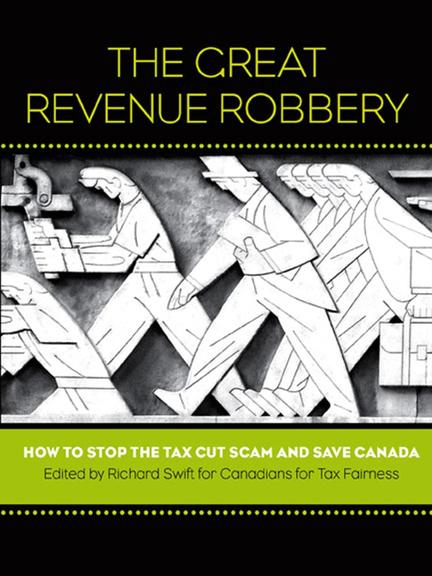 Any attempt to restore responsible environmental policies, revive and expand our social programs, rebuild our crumbling infrastructure, and boost our flagging economy will be inadequate unless we also address the need to increase governments’ fiscal capacity. The tax system can also play a key role in closing the gap between rich and poor––a gap that is undermining the health of our economy and threatening damage to our democracy.

Until recently, many progressive groups, including progressive political parties, have shied away from advocating for tax fairness and tax reform, fearing that the issue is political dynamite. Right wingers have encountered little opposition to their calls for deep tax cuts, especially for the rich and for corporations.

But the tide is turning. Public opinion polls tell us that faced with growing inequality and cutbacks to government programs, Canadians now strongly support tax fairness, including higher taxes on the rich and on corporations. The Great Revenue Robbery is a collective effort to stimulate much-needed discussion about how tax policy can help rebuild our social programs, reduce the gap between rich and poor, restore environmental responsibility, and revitalize our country’s democracy.

Canadians for Tax Fairness promotes a progressive tax system, based on ability to pay, to fund the public services and programs required to meet our social, economic, and environmental needs. www.taxfairness.ca