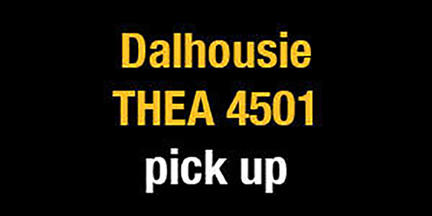 Michel Marc Bouchard
Quebec playwright Michel Marc Bouchard has written 25 plays, and he is the recipient of numerous prestigious awards including: le Prix Journal de Montréal, Prix du Cercle de critiques de l’Outaouais, the Governor General’s Award, the Dora Mavor Moore Award, and the Chalmers Award for Outstanding New Play. The Vancouver productions of Lilies (1993) and The Orphan Muses (1995) also garnered nine Jesse Richardson Theatre Awards. Bouchard is also the author of Written on Water, Down Dangerous Passes Road, The Coronation Voyage, which was performed in 2003 as the first Canadian-authored play at the Shaw Festival in 25 years, and The Tale of Teeka, all available in English from Talonbooks.

Monique Mojica is a Kuna and Rappahannock actor and playwright based in Toronto. She began training at the age of three and belongs to the second generation spun directly from the web of New York's Spiderwoman Theater. She is a longtime collaborator with Floyd Favel on various research and performance projects investigating Native performance culture. Her published plays include Princess Pocahontas and the Blue Spots and Birdwoman and the Suffragettes. She is an acclaimed stage and film actor, nominated for best supporting actress by Native Americans in the Arts for her role in Smoke Signals. Monique is former Artistic Director of Native Earth Performing Arts, and the editor of a special issue of Canadian Theatre Review on Native theatre. Monique was seen as Caesar in Death of a Chief, Native Earth's adaptation of Shakespeare's Julius Caesar. She is currently creating Chocolate Woman Dreams the Milky Way. She continues to explore theatre as healing, as an act of reclaiming historical/cultural memory and as an act of resistance.

Maria Nguyen is an illustrator from Canada. Her work is inspired by Japanese woodblock printing, Japanese comics and inner dialogues triggered by anything from a memory,  a  mood,  an  emotion, a voice, a word, a dream, or an observation. When she isn’t working on a project or getting distracted by the internet, she will likely be emerged in a podcast, movie, song, or conversation.

Ric Knowles is of anglo-Scottish heritage, and is Professor of Theatre Studies at the University of Guelph, editor of Canadian Theatre Review, and past editor of Modern Drama (1999â??2005). He is author of The Theatre of Form and the Production of Meaning, Shakespeare and Canada, and Reading the Material Theatre, co-author (with the Cultural Memory Group) of Remembering Women Murdered by Men, editor of Theatre in Atlantic Canada, Judith Thompson, and The Masks of Judith Thompson, and co-editor (with Joanne Tompkins and W.B.Worthen) of Modern Drama: Defining the Field. He is general editor of the book series Critical Perspectives on Canadian Theatre in English and New Essays on Canadian Theatre from Playwrights Canada Press.

Other titles by Anita Majumdar

Other titles by Michel Marc Bouchard

The Tale of Teeka

Other titles by Monique Mojica

An Anthology of First Nations Drama in English

An Anthology of First Nations Drama in English

And the Blue Spots

Other titles by Ric Knowles

Other titles by Maria Nguyen

Theatre and Performance in Toronto