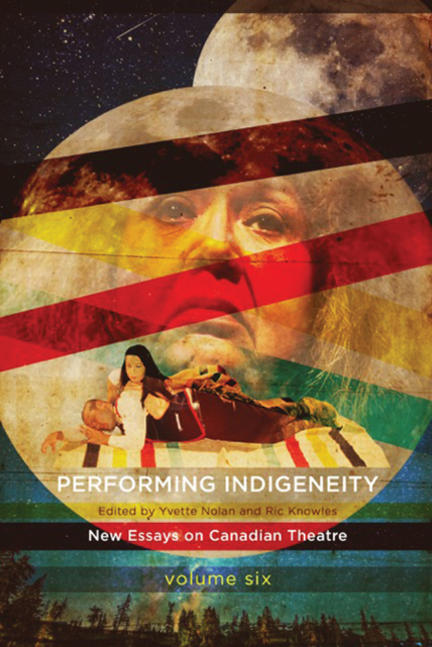 This volume of newly commissioned essays about Indigenous performance is the first in which all of the contributors are Indigenous artists or academics. Scholars were invited to write essays on some aspect of Indigenous performance and artists were asked to contribute statements on whatever they felt was important to them as theatre creators. As with any good assembly of like-minded members, themes and observations emerged, dovetailing and echoing each other, touching on theatre training, cultural identity, Indigenous theatre history, and claiming space, among others. A companion to the existing two-volume anthology Staging Coyote’s Dream, the authors gathered here—identifying as Cree, Mohawk, Creek, Ntlakapamux, Stó:lo, and many other nations—open a conversation, inviting more voices to join in illuminating the history of Indigenous performance in Canada and blazing a trail forward. Contributors include Tara Beagan, Jill Carter, David Geary, Carol Greyeyes, Michael Greyeyes, Falen Johnson, Michelle La Flamme, Jani Lauzon, Andréa Ledding, Daniel David Moses, Marrie Mumford, Starr Muranko, Yvette Nolan, Michelle Olson, Dylan Robinson, June Scudeler, Jason Woodman Simmonds, and Drew Hayden Taylor.

Yvette Nolan is a playwright, dramaturge, and director. In 1996, she was the Aboriginal Writer-in-Residence at Brandon University, where she wrote the first draft of Annie Mae’s Movement. Her other plays include BLADE, Job’s Wife, Video, the libretto Hilda Blake, and the radio play Owen. She is also the editor of Beyond the Pale: Dramatic Writing from First Nations Writers and Writers of Colour and co-editor of Refractions: Solo and Refractions: Scenes. She was the president of Playwrights Union of Canada from 1998–2001, and of Playwrights Canada Press from 2003–2005. Born in Prince Albert, Saskatchewan to an Algonquin mother and an Irish immigrant father, raised in Winnipeg, Manitoba, she lived in the Yukon and Nova Scotia before moving to Toronto.

Ric Knowles is of anglo-Scottish heritage, and is Professor of Theatre Studies at the University of Guelph, editor of Canadian Theatre Review, and past editor of Modern Drama (1999â??2005). He is author of The Theatre of Form and the Production of Meaning, Shakespeare and Canada, and Reading the Material Theatre, co-author (with the Cultural Memory Group) of Remembering Women Murdered by Men, editor of Theatre in Atlantic Canada, Judith Thompson, and The Masks of Judith Thompson, and co-editor (with Joanne Tompkins and W.B.Worthen) of Modern Drama: Defining the Field. He is general editor of the book series Critical Perspectives on Canadian Theatre in English and New Essays on Canadian Theatre from Playwrights Canada Press.

Other titles by Yvette Nolan

Beyond the Pale, revised edition

Dramatic Writing from First Nations Writers and Writers of Colour

Other titles by Ric Knowles

Theatre and Performance in Toronto