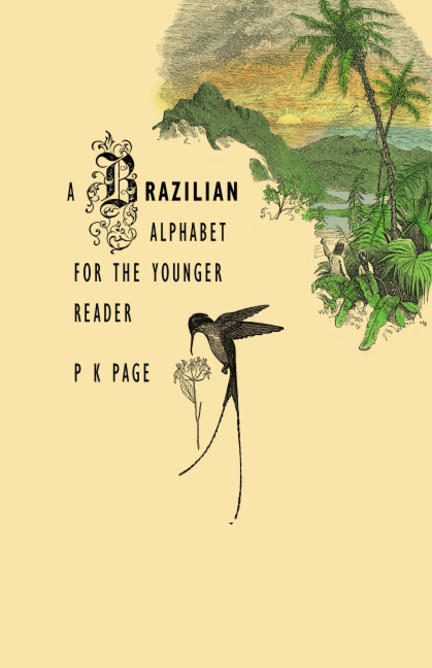 'P. K. Page's A Brazilian Alphabet succeeds in being both whimsical and elegiac at once. This mixture of pleasures gives us the feeling we are reading a text long remembered and well-loved, while at the same time charming us with surprises.'

'The book consists of 26 poems with accompanying illustrations, and each translates a Brazilian word. Each contains four lines, though rhythmically they tend to split into couplets, the verse offering children the pleasure of a simple metre, but sufficiently varied in its emphases to give pleasure to the prosodically sophisticated. They are simple but never condescending. Recommended for those who have learned to read, but age is less important than being the children of cultivated parents who want their offspring to appreciate books and art.'

'Christine Irwin, P. K. Page's grand-daughter, writes, in her own memoir, ''Ours hardly seemed to be grandparents in any recognizable sense of the word. So very grand. So exquisite. So formidable.'' The grandchildren were fascinated by their grandparents luggage. What was in it? As she grew Christine discovered some of the contents: ''Kaleidoscopes and flying goats, for example. Also angels and emperors, milk-skinned women, and snow, whiter than swan's down. Gardens drenched in colour. Animal balladeers and rebel troops. Ararat, and glass air, bright as a glistening wing. A shrubful of perfect kisses. Grey flies dancing in the evening sun. Peacock blues and greens and the raucous shriek of jay.'' In the small suitcase of this alphabet we all -- adults, children, travellers, book collectors, budding linguists -- get a glimpse of a long, richly lived life.'

'This is a sublime push-me / pull-me book evoking both the innocence and plainness of your great-grandparent's first primer, but brimming with biting humour and a linguistic heft that's all 21st century.'

'This charming compilation, with its textured linen-like pages and sewn binding, is a work of art. Long-forgotten engravings gathered from ancient books and periodicals adorn one side of each double-page spread per letter -- delicate grey, tone-on-tone etchings on a butter-cream canvas depict a distant culture. Elegant calligraphy (though at times a challenge to decipher) with its graceful curves represents each letter of the alphabet. Page purposely chose the original Portuguese spellings to complement the 19th-century illustrations.'