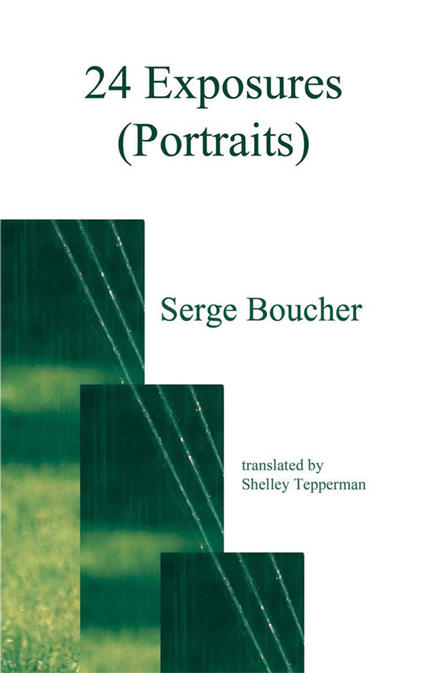 Ordinary people talk, laugh, play and love each other; they love each other all wrong, but they love each other all the same. As the day unfolds, Richard unwraps his birthday gifts, lottery tickets are doled out, the specials are surveyed in the weekly circular, and family scars and skeletons come to light; what emerges is a portrait of what could be any (or every) family, filled with the usual things left unspoken, the tacitly understood, and the not understood at all.

Originally trained as an actor, Serge Boucher has written four more successful plays since his first play, Natures mortes (Still Lives), was staged by Michel Tremblay in 1993. His second play, Motel HÃ©lÃ¨ne, was performed in MontrÃ©al, QuÃ©bec, Ottawa, Toronto, and in France before being adapted for television, and was nominated for the Governor Generalâ??s Literary Award in Drama. 24 Exposures (Portraits), ran for more than one hundred performances in MontrÃ©al, toured throughout QuÃ©bec, was staged in English at Calgaryâ??s Alberta Theatre Projects, and received nominations for both a Masque and the Governor Generalâ??s Literary Award in Drama before being adapted for television. Avec Norm premiered at the ThÃ©Ã¢tre dâ??aujourdâ??hui in 2004 and was nominated for a Masque for best new play. Sergeâ??s most recent play, Les Bonbons qui sauvent la vie (Life Savers), premiered at the Compagnie Jean Duceppe in 2004, has toured QuÃ©bec, and is ready for an English production. Serge Boucher is currently writing a television series for Radio-Canada.